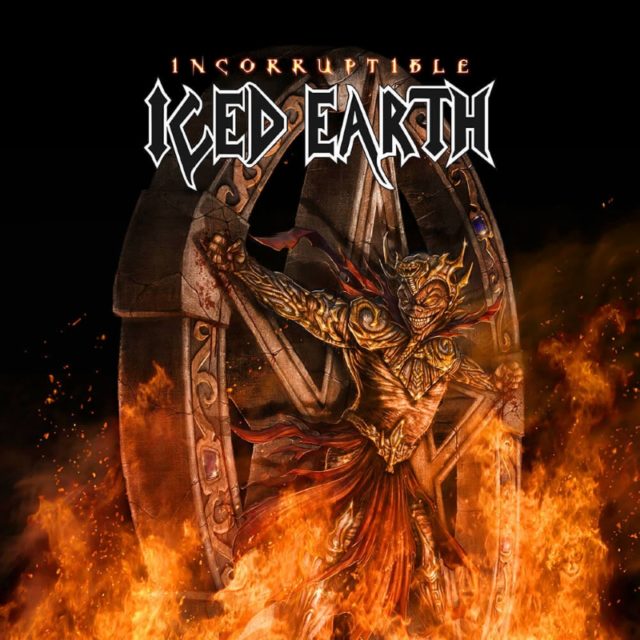 Amazingly for a band that has been around 32 years (they started in 1985), has gone through over 20 members and is dropping its 12th Album Iced Earth are a band that had all but passed me by. I am aware of them mainly by seeing people wearing their t-shirts and the fact I have a friend who loves them. Admittedly I have seen them live once and I listened to their album The Dark Saga, largely due to the fact it is based on the Spawn Comic book series. So I essentially went into listening to the newest album ‘Incorruptible’ with very few expectations, because I really had nothing else to compare it to.

I will say after spinning the album a few times I can see why Iced Earth has stood the test of time. This is a powerful record. Aggressive, hard hitting and it somehow manages to sound both classic and contemporary. You would think that this far into a career, a band would start running out of ideas or start trying to repeat past glories, but it seems like the opposite here. This is clearly a band with their finger on the pulse of heavy music who is fighting for their place in the crowd. Vocalist Stu Block seems at ease and has a real depth to his voice that just commands your attention, he puts in the kind of performance here that stands up and makes you take notice.

There are some really triumphant moments on ‘Incorruptible’. The opening moments of ‘Great Heathen Army’ are spine tingling, ‘The Veil’ is a mid-paced track that allows you to catch your breath after the frenetic opening and settles into a groove rather nicely. One of the album’s centrepiece tracks is ‘Ghost Dance (Awaken the Ancestors) a 6 and a half minute long instrumental full of chanting, and what sounds like Native American inspired guitar work, it’s crazy and perhaps a little bit drawn out in places, but it does display some of the best guitar work on the album and even throws in a little pan pipe as well allowing for something a little different.

‘Incorruptible’ is an impressive album, from a band that has weathered a lot of storms. It isn’t without its flaws and the end of the album isn’t as strong as the start, there are also moments where a few of the songs outstay their welcome which robs them of the chance to truly shine. With that said this album has enough on it to not appease long-term fans of the band but should also spark new interest from people that are perhaps a little more unfamiliar with them.

Iced Earth’s Incorruptible is out now on Century Media Records.