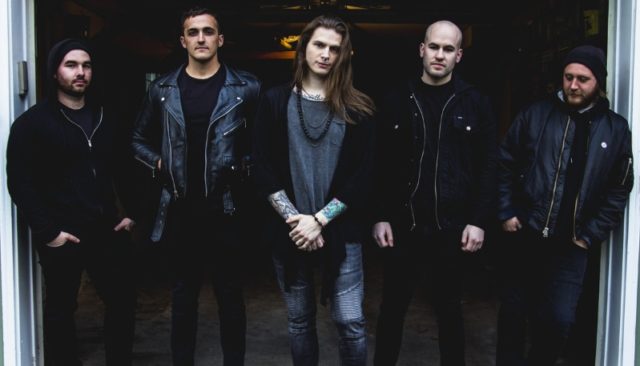 When you think of places to go and watch hard-hitting punk rock bands do their thing, perhaps Liverpool on a Sunday night might not be at the top of that list. On this particular occasion though, you’d be wrong to assume as much, as Massachusetts-based horror punk outfit Energy are in town, and they’ve brought a van-load of skyscraper-huge riffs with them.

Operating in a slightly different sphere to tonight’s headliners and eschewing the latter’s more horror-themed trappings in favour of a more straight-up punk tone, Miss Vincent (8) are nonetheless an incredibly entertaining live force. Led by the infectiously charismatic Alex Marshall on vocals and guitar, the Southampton four-piece immediately seem to resonate with those in the crowd, and the resultant set is simply joyous fun to behold. Opening number Cold Hands sets the tone well for the band’s set, with powerful riffing giving way to melancholic and emotional vocals as the four musicians on stage plough through a delightfully punchy set that’s equal parts mosh-ready riffs and huge shout-along choruses. This is perhaps best displayed in the mid-set balladry of Beauty In Darkness, a multi-faceted affair that begins as a slow and brooding ballad before gradually exploding into Penultimate track The Lovers proves an instant highlight of the entire evening, with a strong upbeat-sounding riff from Marshall and fellow guitarist Lawrie Pattison driving things along in a manner not to dissimilar to what you’d expect from the cheerier-sounding end of AFI’s catalogue. As the band finish up with You Can’t Spell Blame Without ME, there can be very little doubt that MISS VINCENT have earned themselves some new fans tonight, and deservedly so. Definitely a band to keep eyes on in the coming months.

By all accounts, Energy (9) are a band that certainly deserve to be much bigger on these shores than they are. Despite having made their UK live debut earlier this year supporting fast-rising Southampton goth-punks CREEPER, the band have in fact existed in their native country for over a decade now, and developed quite the cult following in the process. It’s easy to see why too, as their all-too-brief headline set tonight is packed with what can only be described as a borderline-unfair amount of absolute ragers. From the theatrical bombast of opener The Witching Hour from newly-released EP Under The Mask, to the delightfully tongue-in-cheek faux-macabre bounce of I Killed Your Boyfriend, and everything else in between, the band simply exude an aura of something rather special. Add in the fact they can throw out something like a late-set cover of MISFITS classic Hybrid Moments as if it were nobody’s business, and you’ve got a recipe for one hell of a strong showing. Vocalist Tank appears to be having a blast throughout, and when his band are as strong as they are tonight, who can blame him? Powering through the likes of Dead In Dreamland and Hunter Red with vigour (the latter giving guitarists Nick Sullivan and Steve Duarte plenty of room to show off), every single musician on stage for their set tonight plays like their life depends on it for the entirety of the show, and the assembled audience lap up every second with rabid enthusiasm. By the time they bring their set to an eventual close with lighters-in-the-air anthem They, it’s borderline-impossible not to be taken by just how strong ENERGY are as a live band. Clearly taking influence from some of the genre’s very best, yet managing to put their own unique spin on things, they’re no doubt destined for greater things on these shores in due time. In the meantime, those few present tonight can count themselves lucky to have witnessed such an intimate-feeling performance, and will likely be talking about ENERGY for some time to come. 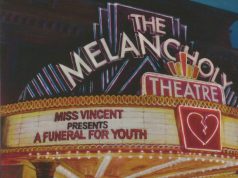 Miss Vincent – A Funeral For Youth