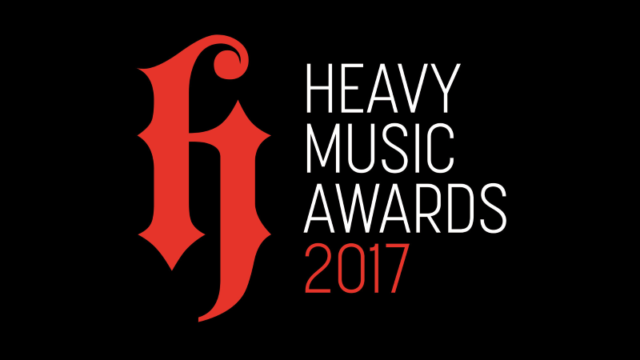 Having been privileged to be involved with the Heavy Music Awards 2017 (aka the HMA’s) from quite early on, becoming a judge in one of the first groups of people to be selected, this was an event I had waited for eagerly for some time.

The venue, the House Of Vans beneath London’s Waterloo Station, was a very good choice. The place has a very good vibe to it and is deceptively big. Bands big and small, new and established mingled with the press, PR folk, bookers, general members of the music industry and contest winners. In one corner, the live photography gallery, Architects Sam Carter is holding court with a small group. In another, Enter Shikari’s Rou Reynolds is likewise catching up with old friends.

The feeling in the room is one of happy people enjoying the rare chance to catch up with friends, for once without the need to dash off somewhere for the most part (as it would be at a festival for example). Smiles and laughter flowed even more plentifully than the alcohol. It was this part of the music industries night to celebrate some of the collective achievements, and celebrate we certainly did.

For the night’s entertainment, we were elsewhere while Dead opened the show but Vukovi certainly put on an interesting show, even if it wasn’t my personal cup of tea. No such thing could be said about the force of nature that is Venom Prison, who fully showed why they’ve become the breakout extreme metal band of 2017. With a half hour-ish long set that threatened to cause the House Of Vans roof to cave in, Larissa and co showed exactly why everyone from Kerrang to Metal Hammer and all in-between cannot get enough of them. Apart from special occasions like the Heavy Music Awards, don’t expect to see them playing small places for much longer, they could be the biggest thing in extreme metal in many years.

Headliners Creeper were met with a predictably rapturous response which only grew throughout their approximately 40 minute set. Will and the rest of the band seemed genuinely happy to be playing the awards and very grateful for the response as they tore through the bulk of Eternity, In Your Arms as well as one or two (comparative) oldies like Astral Projection and Valentine. Finishing with a rendition of Misery where Will may as well have turned the mike over to the crowd for the whole song instead of just a couple of choruses as he did, it just reinforced what we all know. If they can keep up their musical quality, Creeper are going to be fucking massive.

The party continued long into the night well after Creeper had finished, and we know there have been some sore heads this morning. This was a great beginning to something we hope will become a well established tradition. Long live the Heavy Music Awards.

The full list of winners of the 2017 Heavy Music Awards can be found below: