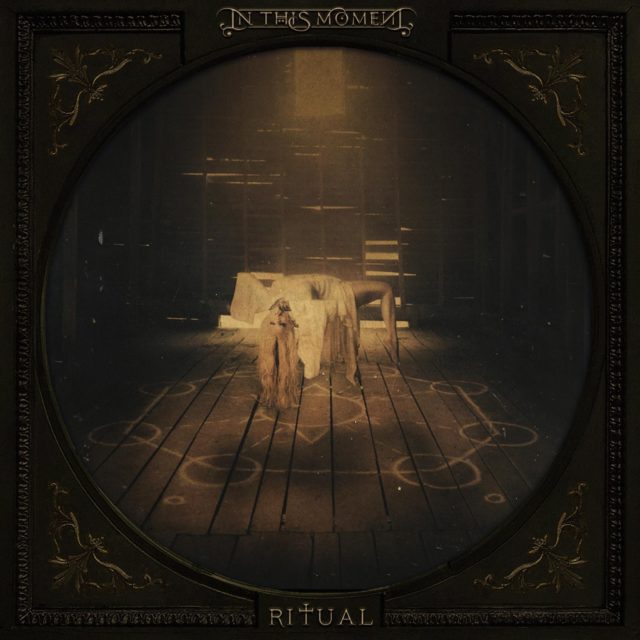 Overall Score: 6.6/10 Some Catchy moment: 7/10 Maria Brink;s vocals : 8/10 Another progression for the band: 6/10 Pros: It's an improvement over Black Widow Cons: It still shows a band uncertain of their identity and there are some questionable moments

Maria Brink is a frontwoman for all seasons. With each passing In This Moment there is a new look and some form of new element added to the band’s arsenal. Going from being a straight ahead metalcore act they have filtered their sound through industrial, metal and more polished pop metal leanings over the years. they even flirted with a bit of a sexual horror vibe on their last release ‘Black Widow’. So in approaching new album Ritual I wasn’t really sure what to expect.

The first thing you notice about Ritual is that this is a very very polished album, pretty much all the edges have been sanded down to make sure this is as palatable as possible, to reach as many ears as it can. That isn’t necessarily a bad thing, but it does leave a lot to be desired in some places. There are moments where you expect certain songs to open themselves up and they just don’t which will leave you feeling a little underwhelmed. One thing I will say though is that this album is a vast and more consistent improvement over ‘Black Widow’. It has a much clearer vision making it feel less scattershot.

There is more of a gothic texture layered over the songs here as well, which fits with the aesthetic that has been built around it. This feels like the lovechild of New Years Day and Motionless in White in places, which is in no way a bad thing. This is particularly evident on the track ‘Half God Half Devil’ which feels exactly like the union previously mentioned and is a surefire hit if ever there was one. It is the stand out track on the album and showcases this new sound perfectly. ‘Witching Hour’, ‘Joan of Arc’ and ‘Roots’ help to prop ‘Ritual’ up nicely and will give the listener something to keep coming back to, but there are minor misfires in the shape of ‘Black Wedding’ which features a heavily overproduced cameo from Rob Halford who is so underused and as mentioned overproduced that I didn’t even hear him on the track the first 3 times I heard it. It’s a filler track that squanders what it’s given. Elsewhere an ill advised cover of ‘In the Air Tonight’ waltzes in and brings the momentum down and adds nothing of value to proceedings and should have been relegated to a b-side at best.

Ritual is an album that shows In This Moment going further down a goth Hot Topic approved path, and shows that they are still changing as a band, and while it is a step above their last couple of albums, it shows that they are still searching for an identity and haven’t quite figured everything out yet. It’s a completely harmless album that has some good moments and will likely not offend anyone.

In This Moment’s Ritual is out now on Atlantic Records. 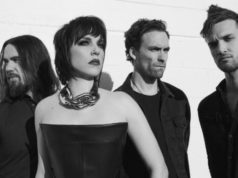 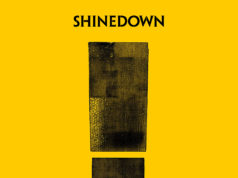