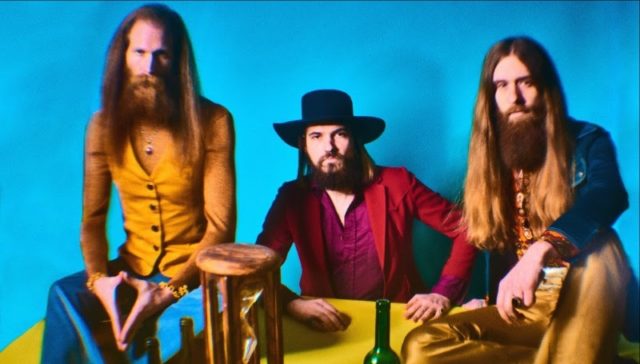 We all like a party don’t we? Well, London lovers of psychadelic stoner rock, German outfit Kadavar have got something in store for you!

Their new album, Rough Times, is being released on the 29th of September through the legendary Nuclear Blast Records, and to celebrate, Kadavar are going to be at East London’s newest metal hangout, record store Crypt Of The Wizard. Starting at 5:30pm, the band will be on hand to sign copies of the album and have a drink with attending fans, all provided free courtesy of Kraken Rum. You’ll also be able to hear the new album Rough Times in full on the day. To give the band and Crypt Of The Wizard an idea of numbers, please RSVP to the Facebook Event – https://www.facebook.com/events/286378851844865/. You can find Crypt Of The Wizard at the following address – 324C Hackney Rd, London E2 7AX.

If you want to see Kadavar in action, the band will play a show at The Dome in Tufnell Park the following night (September 30th), tickets are available from http://www.seetickets.com/event/kadavar/the-dome-tufnell-park/1090310. Kadavar will also appear at the one day HRH Doom vs Stoner festival on the 1st of October in Sheffield, details of which are here – http://www.hrhdoom.com/tickets.html. 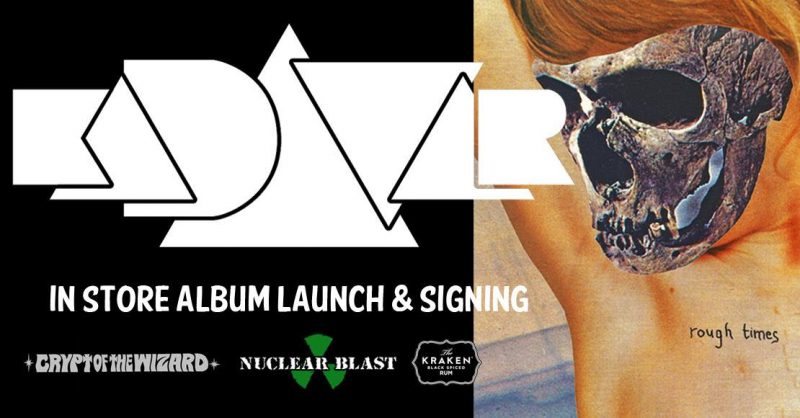