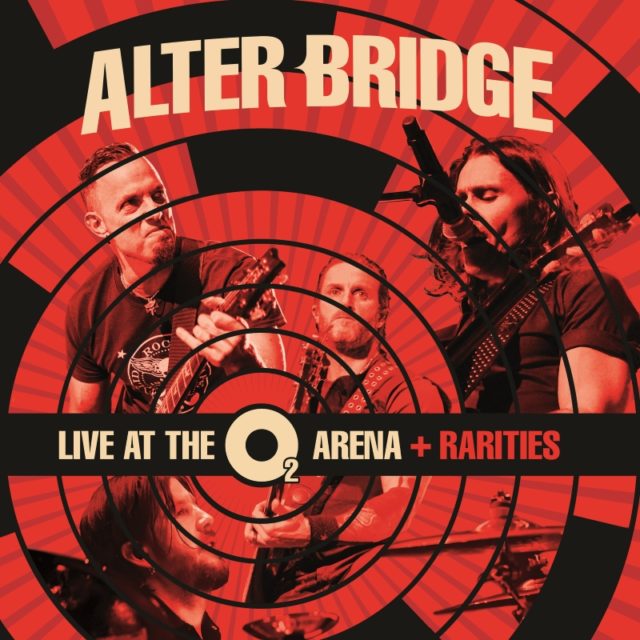 Alter Bridge are a band known for putting out high quality live albums, so their latest effort, Live At The O2 Arena + Rarities has got a pedigree to live up to. Both Live In Amsterdam and Live At Wembley Arena (not to mention the very special anniversary ABX box set) capture Alter Bridge in the live setting perfectly, so have they made it four out of four?

To an extent, your opinion on whether this becomes an essential release will be how you view the setlist. Having been recorded on the tour for recent album The Last Hero, tracks from that album feature quite heavily (four from the actual London performance plus two bonus tracks – Poison In Your Veins and My Champion which were plucked from other shows on the same UK tour). Add in four songs from previous album Fortress (“the big three” of Cry Of Achilles, Addicted To Pain and Waters Rising plus Farther Than The Sun) and it’s a live album that contains over 50% of songs that have never featured on a live Alter Bridge record before. That can only be viewed as a good thing, as the listener is receiving a heathly dose of “something new” mixed in with the obligatory favourites like Blackbird, Metalingus and Come To Life.

One thing that becomes apparent quite quickly is the recording feels a little bit more raw than on other Alter Bridge live albums. The guitars muddy in the mix a little on certain songs, but not to the point it significantly affects your listening experience. Important moments in songs, such as Bryan Marshall’s bass bridge in Cry Of Achilles are as audible as they should be, while both in terms of recording and performance Myles Kennedy’s vocals are at the level one would expect from one of rock’s premier frontmen. The recording of the crowd is also more prevailant than on other live Alter Bridge records, which gives more of a feel of “being back in the room at the time” and can be counted as another plus.

One must also remember this is not just purely a live album; There is also a full disc of rarities and unreleased tracks to consider. With these consisting of tracks that primarily did not make the cut for various Alter Bridge albums across their career, it is fair to say that many of them would be fine as “album tracks” but wouldn’t have made stand out singles. However there are a couple of gems in there as one might expect. Solace is a slow burner where Myles Kennedy’s vocals sound particularly soulful while Damage Done is one of the heavier tracks on offer with some seriously meaty riffs from Mark Tremonti. Symphony Of Agony (The Last Of Our Kind) was also on a bonus track on the most recent album The Last Hero and was arguably one of the best tracks on that album, so that is a welcome closer here.

The rarities disc is a nice extra, but the primary focus here is likely to be on the live portion of the album, and rightly so. Unless you’re an Alter Bridge fan who prefers the first two or three albums, Live At The O2 Arena is a release that is likely to give you hours of enjoyment with a lot of repeat listen value. If you prefer old Alter Bridge, then you may be better off sticking to Live In Amsterdam or Live At Wembley Arena, but for someone who likes the band as a whole, all three live albums are worth having for different reasons. It’s not quite a world beating live release – that may well come with the release of their London Royal Albert Hall shows this October with The Parallax Orchestra, but it is a very good release, and certainly worthy of adding to any collection.

Live At The O2 Arena + Rarities is released on the 8th of September through Napalm Records. Pre-order it from Napalm Records here – https://shop.napalmrecords.com/alterbridge 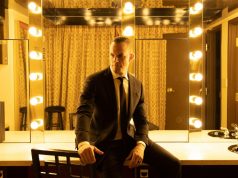