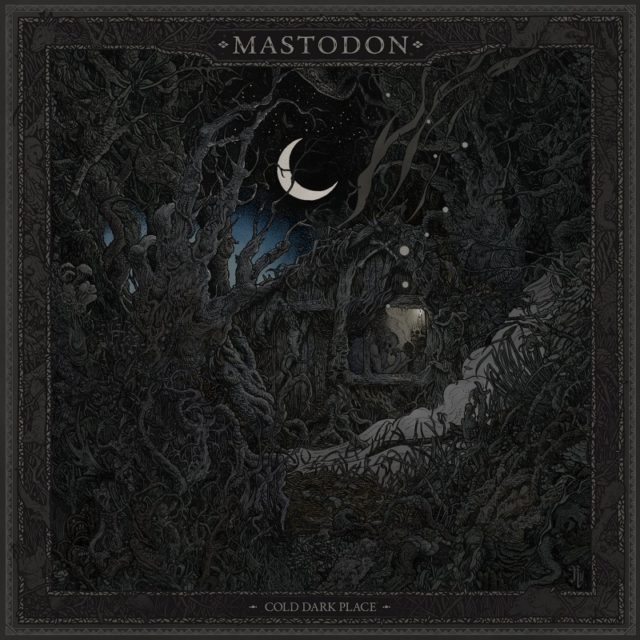 Mastodon never do anything by halves. Whether they are dropping mind-bending concept albums, or casually just putting out one of the albums of the year this past March, they are always keeping people on their toes. So some six months after their blistering album ‘Emperor of Sand’ they have decided to grace us all with a 4 track EP called ‘Cold Dark Place’ which features a collection of songs from different recording sessions. Three of the tracks were written during the Once More Round the Sun sessions, while the last one was written during the sessions for ‘Emperor of Sand’.

Cold Dark Place is a spot on title for this EP as it has a very dark, melancholic feel to it. Rather than crushing intensity, this focuses on a more organic emotional response. There is a sense of vulnerability running through the songs that are seldom seen in the bands back catalogue.

It’s a welcome change of pace and shows the immense talent in Mastodon that they can create music that can crush hearts as well as skulls. The title track in particular feels like Mastodon run through the filter of Kate Bush and Nick Cave, and is absolutely breathtaking as a result. Toe to Toes has a thematic escalation to it as the music builds along with the lyrics, reaching a soaring climax as a result.

Mastodon is a band that is always finding new ways to outdo themselves and keep their fans guessing, and this year I can’t help feeling like we have been spoilt with not only a near flawless studio album, but also a gut punching gem of an e.p that further cements just how important and how far ahead of everyone else Mastodon are.

Cold Dark Place is out now on Reprise Records.