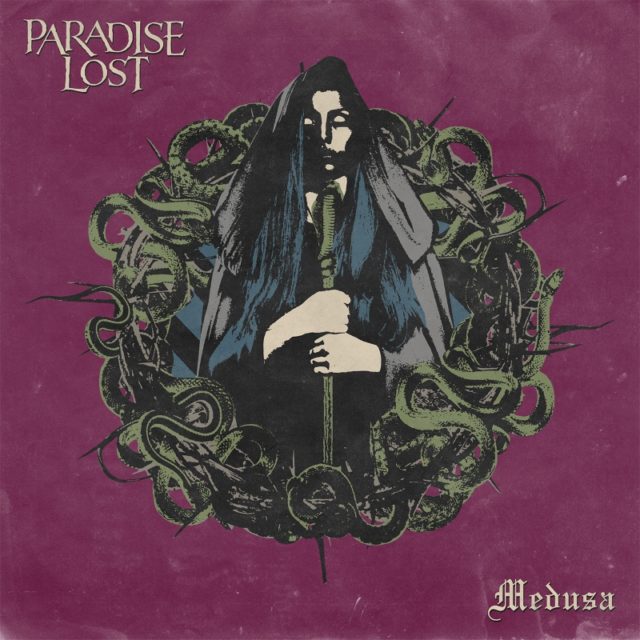 Paradise Lost have been purveyors of all things dark and gloomy for nearly 30 years now, but you’d never know it. Apart from a few patchy moments in the 90s, they have rarely put a foot wrong, and they are currently on a winning streak of 3 back to back stellar albums, with 2012’s Tragic Idol, 2015’s The Plague Within and now Medusa, proving there is still life in them yet.

I dare say this the bands heaviest, and most doom laden album in well over a decade. There is no semblance of a pop hit or even anything that would come close herw. Instead everything is slowed down to a methodical pace that invites the listen in to wallow and become enveloped in what they are listening to. The title track is like one long funeral march, that is lifted up by some beautiful guitar harmonies and the haunting melodic vocals of Nick Holmes creating a genuinely spine tingling highlight.

Whereas Gods of Ancient and Symbolic Virtue favour hulking great riffs and in the case of the latter, some minimalist piano adding yet another layer to them, and creating something that could even be considered anthemic.

Medusa is an album that goes a great to further cementing what is an already legendary career by a band that is very much still on the top of their game and shows no signs of slowing down any time soon. This is a dark, brooding, thoughtful and in places intensely heavy record that wants to take you on a very very dark journey, all you have to do is surrender yourself to it.

Paradise Lost’s Medusa is out now on Nuclear Blast Records.