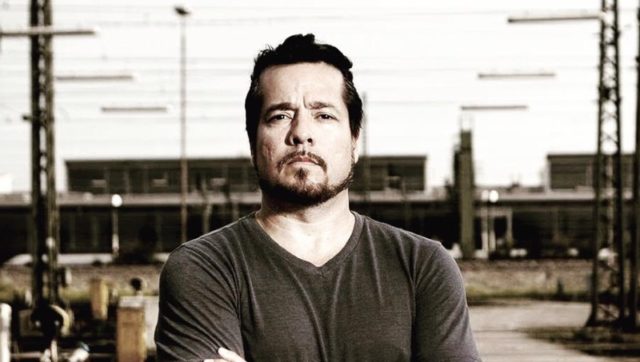 On the advent of the release of a new album earlier this year The Coyote Who Spoke in Tongues, Rock Sins’ Tal Fineman caught up with ex-Kyuss vocalist John Garcia to find out what motivated a radical change in musical direction, and figure out what makes the stoner rock pioneer tick.

Rock Sins: Hi John, great to speak to you today. Let’s start with an easy one – what are you listening to at the moment? What inspires you musically these days?

John Garcia: I’ve been listening to two artists right now – one, Terrence Trent D’Arby – I don’t know if you’ve ever heard of him – he’s an unbelievable black singer who’s incredibly talented. He was big in the 1980s in the US, but he lasted well through the 1990s and obviously well into the 2000s for me. I still cant get enough of him. I listen to a lot of Cee Lo Green with Dangermouse, anything from rap to some of their solo heavy duty percussion stuff too, to the Cult; I still listen to the Cult – its all over the place! It depends on my mood – I listen to a lot of jazz as well, but its all over the place. I still listen to rock music – I love old videos of Led Zeppelin live, they still crop up, but I still love to see those young guys do it. Led Zeppelin was one of those bands that are just phenominally, unbelievably great live. Undeniable talent in those four guys. Its all over the place.

RS: You’ve been in several legendary stoner rock bands, and now you’re releasing your second solo album. What do you feel is the difference for you between working in a band and working solo? Is there anything you prefer about either?

JG: Thank you for that nice comment; the word legendary is pushed around a lot these days in this type of music, and its an honour. I don’t consider to be laying down any type of legacy, its not in my personality. There’s nothing worse than false modesty, but that’s just not my personality – I’m a dad, I’m a realist, I’m a husband, and not too long ago I was just changing daipers, so I appreciate that.

As far as putting out this acoustic solo record, it’s a departure from what I normally do, and anybody who knows anything about myself knows that I don’t really follow any type of generalised direction. This is just an extension of that. If there’s a rulebook for what singers are supposed to do, I threw it out a long time ago. Its more what my family allows me to do – my wife and my two kids, and my band allows me to do as well, and what I’m feeling. This acoustic record isn’t for everybody. It’s a story, it’s a chapter in my life.

RS: So I wanted to ask about the title of the new album – The Coyote Who Spoke in Tongues. Where did that come from?

JG: It’s an appropriate title for this record. Where I hail from, and where I always hailed from – I never moved out to Los Angeles, I don’t live anywhere else but right smack dab in the middle of the Mojave desert. Between my son, my daughter and the coyotes, who we hear on a nightly basis, it was almost adolescent to come up with a name like The Coyote Who Spoke in Tongues, but it was really between my son and I, who is seven, that we thought up this name. He had something to do with it.

RS: What made you decide to go acoustic on this album?

JG: The first word that comes to mind is boredom. I thought ‘there are so many acoustic records coming out’, whether it be [Kyuss bassist] Nick Olivieri – Nick Olivieri kind of spawned this whole thing behind me really. He came out with this great acoustic record, and it was so emotional and so bare bones, and there’s really nothing to hide behind – there’s no drums, there’s no electric guitar, there’s no percussion, its just naked, and I like that feeling. I wanted to feel the exact same thing. It was challenging – when I first thought about doing it, my guitar player and I, Aaron Groban, sat down in this room, and because it was really bare bones everybody was naked – he was naked, I was naked. Either you have the talent or you didn’t have the talent, and that was a bit part of it. It was a big challenging piece for me to do, and I love challenges; some songs beat me up, other songs I beat them up, and this is a collection of songs that I think we took on the challenge and we did pretty well.

RS: You were talking a little bit there about the writing and recording process – How and when did this album come together?

JG: It was the summer of this year. It actually started back in January at Thunder Underground with my other producer Harper Hug. Between his schedule and my schedule, it couldn’t get done in a timely fashion, so I had to move it to another studio with Robbie Waldman and Steve Feldman, at Unit A Recording Studio in Palm Springs, and we finished it off there this summer. Collectively, it was probably done in about a month and three weeks, between everybody’s schedules. We all have full time jobs and we all have families, and its hard to juggle holding down a full-time job, having the producers and engineers waiting for you, all with juggling being a dad on top of that, so it was challenging, but it was done this summer.

At the top of the credits it says ‘not perfect on purpose’, and that’s true. This record isn’t for everybody – if you’re looking for a stoner rock record, you’re not going to find it with this one. You’re going to find something that- you wind up hanging out with your woman, you’re cooking her dinner and you’ve just bought her a dozen roses and you just want to kick back and spin some records, this is the record. Or maybe for a long road trip – this is the one.

RS: Why did you decide to re-record those early Kyuss songs? Did that bring back any memories of recording those for the first time round?

JG: No, I was more concentrating on Aaron and I working it out, and how it would sound – would we record the original Green Machine with the exact same chords as Brant? No, we wanted a different direction, and we wanted a totally different direction. When you hear it, its like ‘woah, this is different’. This is something that you’ve never heard. You’re forgetting about what happened in your daily life – just the normal daily stuff – it’s a record that’s calming, its not overexcitable, and that was my goal in making this record.

Criticism is always healthy, and I’ve been certainly given a lot of that with this acoustic record – why you decided to do some Kyuss songs in there, or why you decided to do some original songs in there, and well there’s a little bit of everything in there. There’s no rules, something that I just felt I wanted to do. A lot of people give me a lot of flack for recording the acoustic Green Machine the way its done – its just something that I thought would be interesting to do, and I decided to do it. This was fun for me – I still enjoy singing these songs, so I just went from there.

RS: Have you played any of those covers to your old bandmates in Kyuss?

JG: No, I did not. They’re simply cover songs, that’s all they really are. I didn’t write Green Machine. I didn’t write Gardenia. Those are Brant Bjork’s songs. I can cover John Denver for all I care. I’m resinging them, but I just happen to be the singer for the band that originally put them out. They’re just my takes on where I’m at in my life that I thought would be interesting. I’m 46 years old, and I still feel like I have a tonne to offer, and I still genuinely really enjoy getting in the studio and writing, which I plan to do today as a matter of fact. I’ll meet up with the guys, and we’ll go to the rehearsal place, and we’ll BBQ, and we’ll write, we’ll talk, we’ll eat, we’ll drink – we’ll do what we do on a beautiful Palm Springs winter Sunday. We’re concentrating on the electric piece right now. I’m concentrating on the electric record right now, and that’s something that’s important to me – I’ve moved on from the acoustic record, but I enjoy talking about something that I helped create with the guys, and I’ll still able to do, and I thank God that I’m still able to do it.

RS: Does that mean you’re already following up this album?

JG: Absolutely. There’s always something cooking, and I like to stay busy. It helps me stay sane – everybody needs a fix, whether it be fishing or doing artwork, or doing anything, everybody needs some sort of release. My release just happens to be music.

The Coyote Who Spoke in Tongues is out now on Napalm Records.