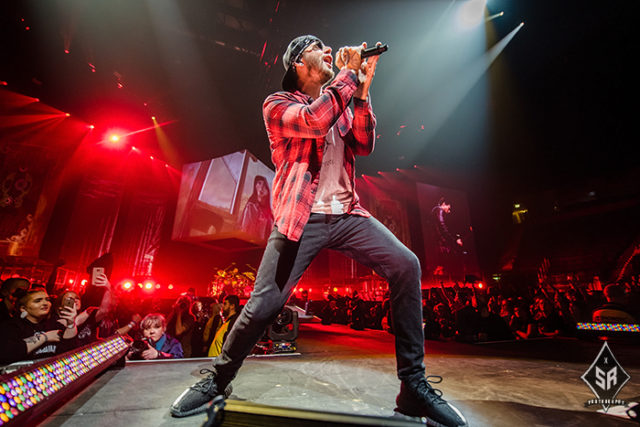 Orange County’s finest are returning to the stage where they announced themselves as a festival headline calibre band in spectacular style four years ago when Download took a chance on them as new headliners in 2014. The sold out arena tours (including a magnificent show at London’s O2 Arena this January) and other festival headline slots around the globe that have happened since shows that, for the majority of fans at least, it was a great decision, and A7X’s return to Download this time in 2018 will be warmly welcomed by the overwhelming majority.

“We are more than honoured to be a part of this legendary show and line up. Being asked to headline Download for the second time is a career highlight. We would like to thank our UK A7X family”

Meanwhile, the man behind their return, Download head honcho Andy Copping, was very enthusiastic about having A7X back to headline the festival in 2018:

“A real career highlight of mine was giving Avenged Sevenfold their first ever UK festival headline slot, and I’m thrilled to welcome them back. You don’t often see bands like Avenged Sevenfold top the charts, but much like seeing them live, they’re not to be underestimated.”

Avenged Sevenfold will headline the opening night of Download 2018 on the Friday of the festival. They join Ozzy Osboune who was announced as the Sunday night headliner earlier in the week. Tickets for Download 2018 are available at all the usual places like Ticketmaster UK – so get yours now if you like what you’ve heard so far!

The final headliner for the 2018 Download Festival at Donington Park will be revealed very soon so stay tuned to Rock Sins for further updates.