British rockers RavenEye have announced a huge tour to kick off 2018 after yet another successful year in their burgeoning careers. With a full year of touring their album Nova under the belts and having racked up new fans wherever they have played – including at Download Festival 2017, Oli, Aaron and Adam are heading out on the road in 2018 for a fifteen date tour around the whole of the UK, plus a date in Dublin for their Irish fans too! The full list of shows can be found below:

Tickets are on sale now from all the usual online ticketing providers. More news from the RavenEye camp as and when we have it! 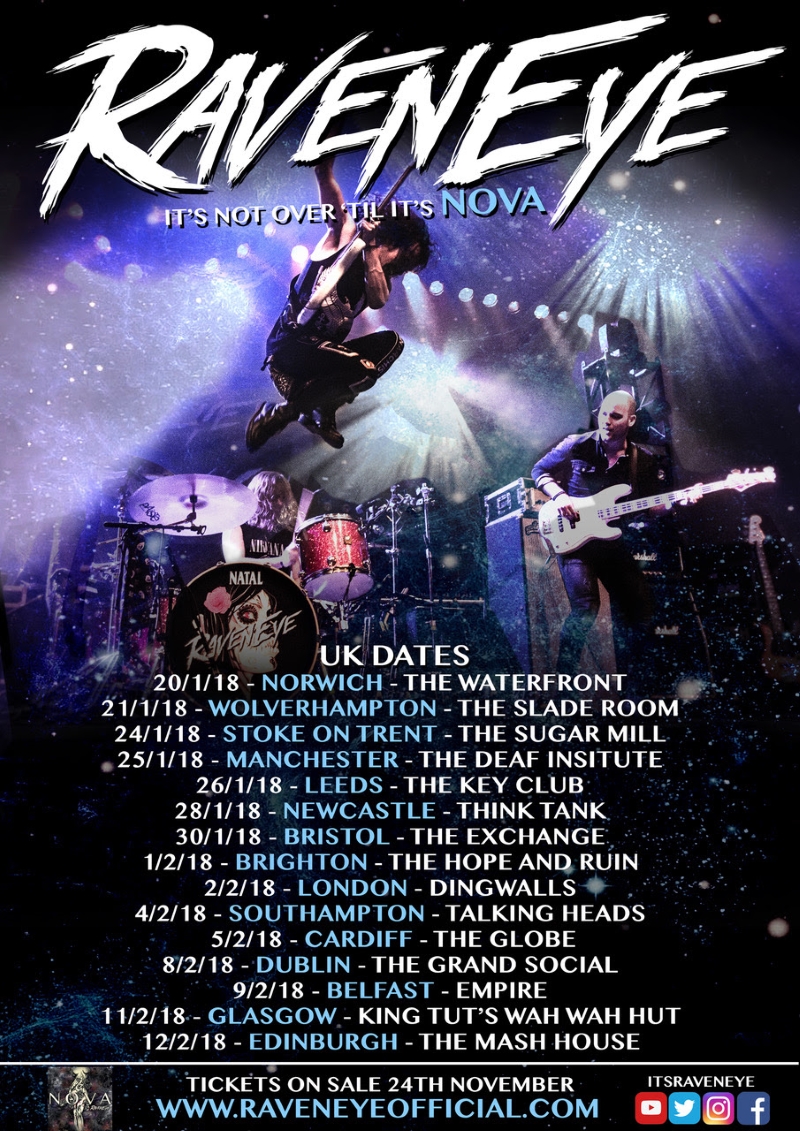