Lovers of thrash metal, hold onto your hats (hats optional). Bay area legends Testament are returning to the UK for an early Spring 2018 UK tour, and they’re bringing with them some very impressive guests for the ride.

Joining Chuck, Alex and friends on this run will be none other than their fellow thrash legends, Canadian natives Annhiliator, and Polish death metal juggernauts Vader! The tour will take in six shows across the UK and Ireland at the end of March and beginning of April 2018. Check out the dates, which includes a show at London’s world famous KOKO venue in Camden, below:

Testament are still touring in support of their latest album Brotherhood Of The Snake which was released last year through their label home of the last several years, Nuclear Blast Records. 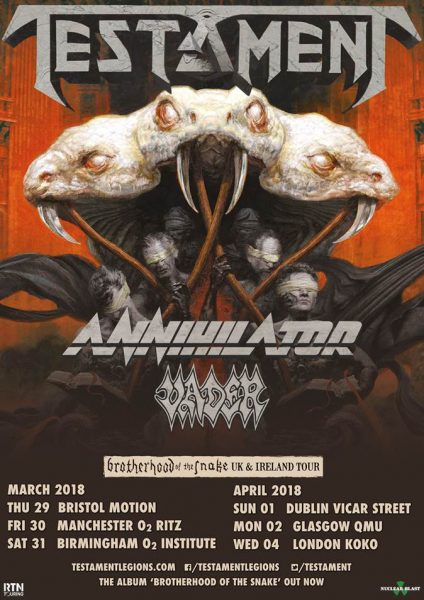