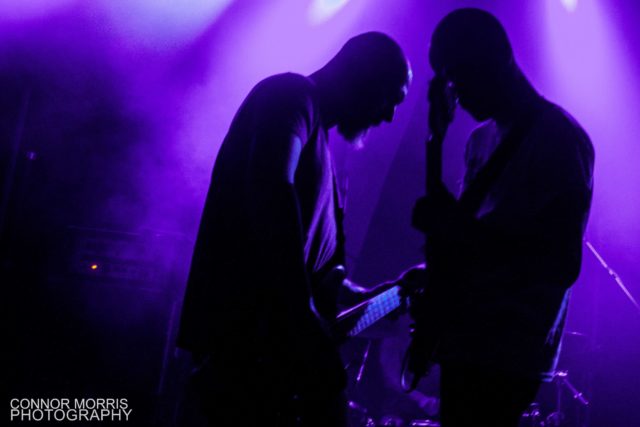 Northern Ireland’s most exciting band deliver a set in Manchester Academy 2 tonight which can’t be described as anything less than Earth-shattering, in support of their fifth LP, “The Endless Shimmering”.

And So I Watch You From Afar (10) kick the night off with the hectic ‘Search:Party:Animal’ which sees the crowd lose their collective shit from the get go. It’s hard to think of a song in ASIWYFA’s back catalogue that’s better to open a show with than this, it just hits you with a sense of intensity that you don’t expect and how the song crescendos in the middle just makes you want to jump into as many people as possible.

It’s refreshing to see a band that do their best to do play a setlist that doesn’t neglect any of their albums. ASIWYFA mange to play through a set that spans all five albums and even ‘S Is For Salamander’ from The Letters EP makes an appearance alongside the newer tracks like ‘Dying Giants’ and ‘A Slow Unfolding Of Wings’, which both fit into the set so seamlessly.

Watching And So I Watch You From Afar is somewhat of a hypnotic experience, as you can go from watching the band play something as frantic as ‘Run Home’ whilst guitarist Rory Friers leaps around the stage to being encapsulated by them playing something as beautifully written as ‘7 Billion People All Alive At Once’ which just radiates happiness is quite something, as you don’t even question how much some of these songs contrast, it just works. The fact that the latter song mentioned barely even has words but can still get a room full of people to sing along as a testament to how well this band have honed their craft of songwriting. Throw in the twinkly, party vibes of ‘BEAUTIFULUNIVERSEMASTERCHAMPION’ and you have a mish-mash of heavy, kicks-you-in-the-face riffs and beautiful melodies that compliment each other way more than they should. All four members of the band play these complex songs so effortlessly and never miss a beat or a note, it’s something incredible to watch.

The band close the set with ‘The Voiceless’ taken off their debut album on a high note leaving nobody disappointed. If you are ever presented with the chance to see And So I Watch You From Afar, do NOT pass it up. I don’t think this review can even do justice to just how much raw talent these lads have.

And So I Watch You From Afar will play the the Telegraph Building in Belfast on the 16th of December and is set to be their biggest headline show to date. It’s going to be something truly special. 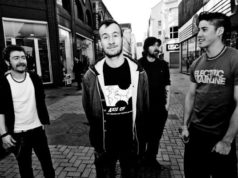