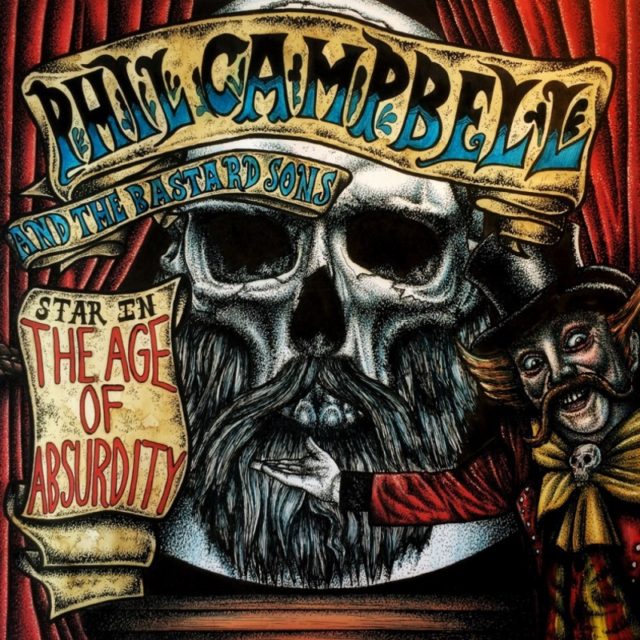 When Lemmy Kilmister passed away in 2015 it marked the end of one of the most iconic bands in rock music. Despite the end of the rock behemoth, not wanting to rest on his laurels, guitarist Phil Campbell is back with a brand new project. Roping in the support of his sons and former Attack! Attack! Vocalist Neil Starr, Phil Campbell & The Bastard Sons are ready to step back into the ring with their debut effort; The Age of Absurdity.

Intending to make an instant mark, The Age of Absurdity opens with Ringleader and gives you an immediate impression about what to expect from Phil Campbell’s latest musical venture. Punchy and sharp riffing is backed with thunderous drumming whilst Neil Starr’s vocals soar above the galloping rhythm. This is trademark hard rock and it’s a strong opening to the record.

From there, The Age of Absurdity really begins to dig its claws in. Freak Show’s guitar-work is an absolute earworm as the neat hooks from Phil and Todd Campbell allows Starr’s vocals to really shine whilst the thumping lead riff and tenacious drumming in Skin and Bones demonstrates the band dipping their collective toes into the heavier end of the musical pool to create a track full of bite. Similarly, Welcome To Hell, one of the singles released prior to the album’s release, oozes charisma and presents itself as one of the standout tracks on the album. Neil Starr’s vocals truly shine here as his gritty vocals really enforce the stellar guitar-work. It’s a satisfying listen and sets The Age of Absurdity up for a solid second half.

After such a strong opening salvo, Dark Days unfortunately buckles the momentum. Presenting itself as a much slower affair which does demonstrate Phil Campbell and the Bastard Sons’ ability to show their melodic edge, the track’s slow-pacing feels like a misfire and results in the band stumbling at the crucial half-way hurdle of the album. Fortunately though, normal service is resumed through the blistering Dropping The Needle. The shortest song on the album by a country mile, the tracks screams influence of old-school punk and offers a visceral and rapid-fire assault to recapture any lost attention.

With a second-wind successfully executed through Dropping The Needle, Phil Campbell and the Bastard Sons aim to end The Age of Absurdity with a flourish and in that regard they are mostly successful. Step Into The Fire’s repetitive and rather simple riff is effective in holding the mid-tempo chug of the song before subsiding into a excellent solo and the slick rhythm combined with Neil Starr’s varying vocal pitches displayed in High Rule makes for a solid track. Unfortunately though, it isn’t a royal flush. Get On Your Knees’ cringe-inducing title and lyrical content detracts away any quality on offer and as a result is a throwaway track and finale Into The Dark is mostly forgettable apart from some solid lead guitar play. A mixed bag to end the record then.

There’s an argument that the classic approach to rock music is becoming more and more irrelevant in today’s modern music climate. And whilst emerging bands are certainly pushing heavy music into new and previously unimaginable directions, what Phil Campbell and the Bastard Sons have achieved with The Age of Absurdity is a collection of solid tracks that proudly champion the core aspects of what makes hard rock so enticing in the first place. There are moments that don’t quite hit the mark sure, but on the whole, The Age of Absurdity is a solid debut effort from one of rock music’s iconic guitarists and sets up a new chapter in his musical journey.

The Age Of Absurdity is out now on Nuclear Blast Records. 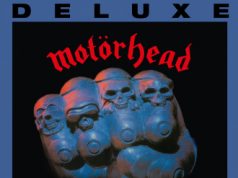 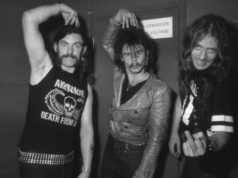 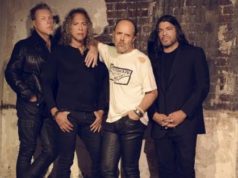 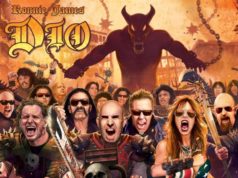