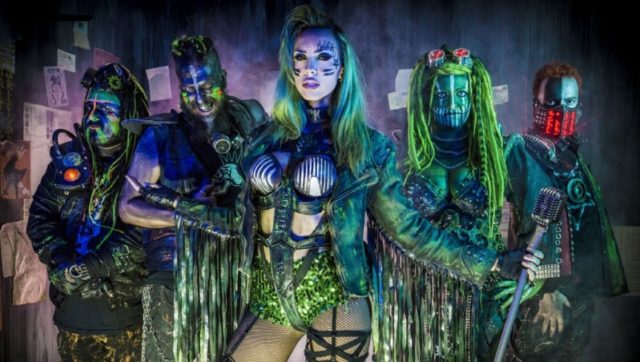 Well this is a first for a Rock Sins video of the week contest. We’ve never had winners hailing from outer space before, but that’s what we’ve got this time. A popular contest with a very popular winner this week, the natives of LV-426 Acheron, Sick N’ Beautiful, garnered roughly 70% of the vote to take home the winners medal this time with their new single Megalomaniacal! Described as (amongst other things) the sonic lovechild of what would happen if Katy Perry and Rob Zombie had a baby, we’re not sure we’ve ever seen or heard an act like Sick N’ Beautiful before. You can check out the winning Megalomaniacal video here:

Megalomaniacal is the newest single from Sick N’ Beautiful’s upcoming album Element Of Sex (full release details tbc). The band are running a highly successful PledgeMusic campaign and would invite you to get involved on the following link – https://www.pledgemusic.com/projects/sicknbeautiful. Further updates on these intergalactic rock n’roll adventurers will be forthcoming when we have more news.