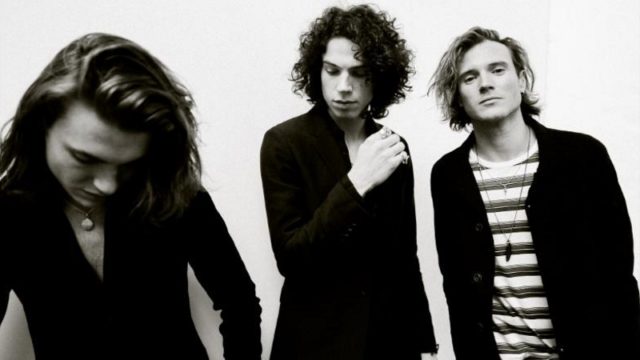 Well this was an interesting development for any fans of McFly or McBusted. Their bassist / vocalist Dougie Poynter has launched a brand new band called Ink, and what’s more, there’s music already available to hear!

Ink, comprised of Dougie, former Carl Barat of Libertines fame collaborator Todd Dorigo, and drummer Corey Alexander, are very excited to launch their debut EP Heaven, which is available to buy and stream at all the usual locations right away! Anyone expecting another dose of pop rock should probably look away now, as Ink’s influences range from The Rolling Stones to Leonard Cohen, via Nirvana and The National.

The tracklisting for Heaven is as follows:

You can check out and listen to Ink’s Heaven EP on Spotify right now below:

The guys are clearly raring to go with their new band, stating:

“We’ve been busy conjuring up this world in which INK. can exist and now we’re finally ready to throw open the gates and populate it! ”

They’ve also released a short teaser video, which can be seen below:

There’ll no doubt be lots more to come about these guys – so keep your eyes and ears open for further updates!