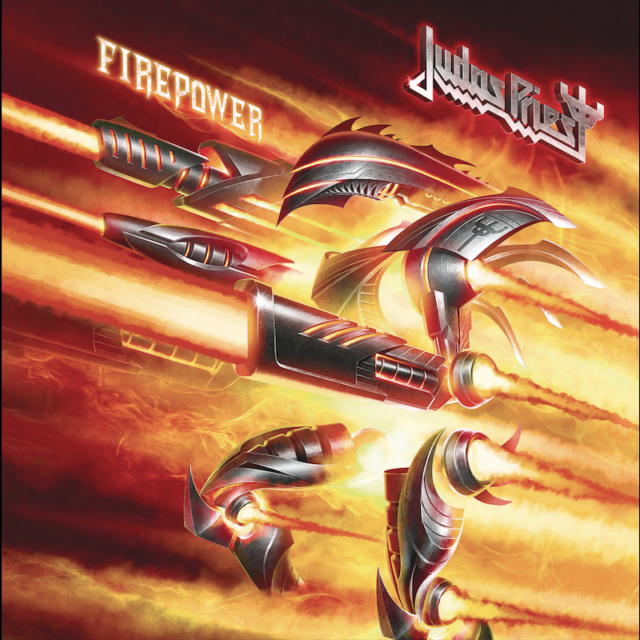 Overall Score: 8/10 Riffs: 9/10 Vocals: 8/10 Consistency: 8/10 Pros: Many examples of Priest at their best | RIFFS | Halford in great form Cons: Final third of the album is not the same quality as the first two thirds

What can you say about Judas Priest that hasn’t already been said? The metal gods looked set to call it a day, at least from live performing, a few years back, but thankfully reversed their decision thanks to their ability to continue performing at the highest level. A new album, Redeemer of Souls, and more touring, including a barnstorming performance at Download 2015 in the pouring rain followed, and now here we find ourselves with the fourth album of the second Halford era of Judas Priest, Firepower.

One thing you expect from a Judas Priest album (obviously) are riffs, but goodness me there are RIFFS all over the place. The album opener and title track Firepower is a classic Priest shred-a-thon of the highest order with Glenn Tipton and Richie Faulkner dancing over their respective fretboards like the pair of musical wizards they are. Rob Halford too sounds in fantastic fettle, not just on the title track but throughout the album, using a variety of styles all as effectively as each other. Lightning Strikes would not have been out of place on the classic albums like Painkiller or Defenders Of The Faith, while the deliberately sinister undertones of the excellent Evil Never Dies are topped off by the first full power blast of the Halford falsetto.

Continuing through Firepower, there are many more moments that will make even the hardiest of old school metal fans smile. The main riff to Never The Heroes, the opening to Necromancer, the chorus to Children Of The Sun, a moment of metal magic is around every musical corner. Guardians offers a brief moment of respite with some almost dainty piano work before Rising From Ruins launches straight back into Priest with their foot to the floor. While things after this point are not as strong as what has come before, the back end of the album still offers up another gem in Traitors Gate, with all elements of the band showcasing what a mighty force Judas Priest still are in 2018.

In Never The Heroes, Rob sings of “having their honour to defend”. They have more than done that here, by a long way. This is arguably the best Judas Priest album in almost three decades, with the only one that comes close being 2005’s Halford comeback Angel Of Retribution. It loses its way somewhat towards the end, but the first two thirds is Judas Priest in a form that many longtime fans will have wondered if they would ever see again. Fear not, heavy metal maniacs, on this form the Priest is most certainly back, better than ever, and luckily for us, they’re not going anywhere.

Firepower is out now on Columbia Records. 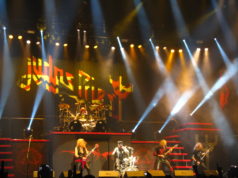 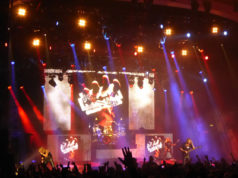