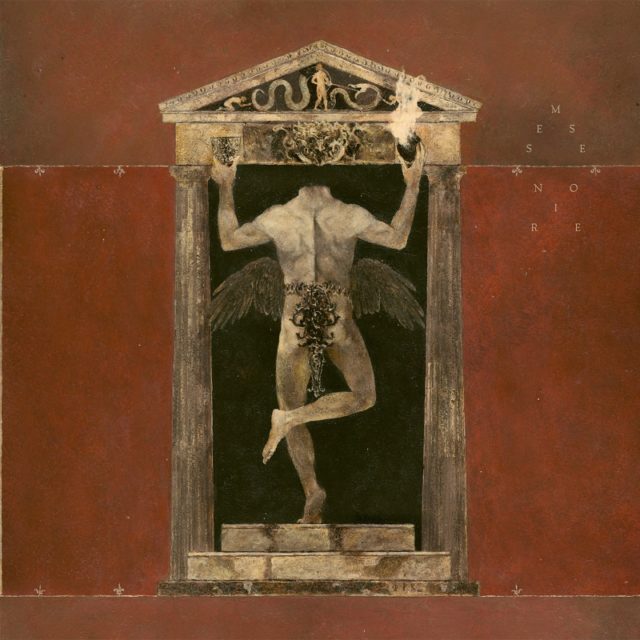 Overall Score: 9/10 Production: 8/10 Atmosphere: 9/10 Ferocity: 9/10 Pros: It's The Satanist...Live. What More Do You Want? Cons: Production Quality Slips On A Couple Of Songs Near The End A Little

It is a little difficult to know where to start with Messe Noire. Anyone with a passing interest in metal from the last five years has probably at least heard of Behemoth’s magnus opus, The Satanist, even if they haven’t actually heard the album. With frontman Adam ‘Nergal’ Darski conquering Luekaemia prior to, and during the creation of The Satanist, Behemoth created what is possibly the most heralded black metal album of the millennium, if not of all time, taking black metal to both the mainstream and the extreme, all at once.

Messe Noire (Black Mass to give it its translation), the album release (a live DVD is also available) literally presents The Satanist in full. Messe Noire was recorded live at Progresja in Warsaw, Poland in October 2016 during the lengthy world tour for The Satanist. it is undeniably brilliant, but that’s because the original album is brilliant. So, the question is, is it brilliant simply because it’s The Satanist, or does the live flavour of the album add something more?

In this reviewer’s opinion, it’s the latter. The audience response to the opening Blow Your Trumpets Gabriel in particular is akin to a fervent response for a religious leader. Except in this case, the leader is Nergal and the hymn is one of the heaviest bits of black metal this side of the year 2000. Hearing several thousand people bellow every word back at Behemoth gives the song even more magnitude, and will have the listener reaching for the repeat button over and over. Meanwhile, the crowd participating in full to the pre-song chant before Ora Pro Nobis Lucifer kicks into full gear creates a brilliant atmosphere before the track rips your ears off and leaves them hanging from the side of your head.

The Satanist itself somehow manages to sound even more crushingly heavy with the live recording than it did on the original album. Ben Sahar’s opening cry is delivered by Nergal with absolute guttural force. The production goes a little ropey in a few places, but not enough to detract from the listener’s experience. The closing O Father O Satan O Sun also comes across as slightly raw, but if anything this fits the track well and gives it even more of a sinister feel in a fitting conclusion to the live experience provided by Messe Noire.

Messe Noire is out now on Nuclear Blast Records.