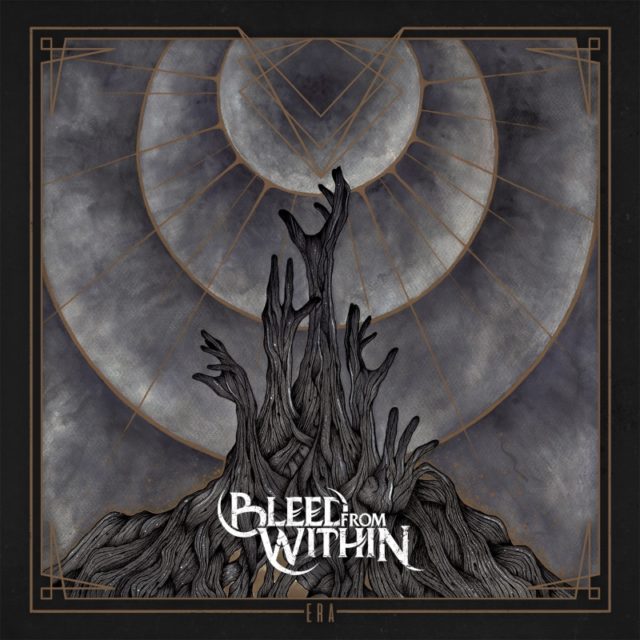 Overall Score: 8/10 Riffs: 8/10 Evolution: 7/10 Melody: 7/10 Pros: Bleed From Within have varied their attack and they've kept the consistency of Uprising while doing it and without sacrificing any heaviness Cons: Alive feels slightly tacked onto the end of the album and it could potentially do with losing one or two songs

With a new generation of heavy, UK-based bands you might be forgiven for forgetting the last time the UK was such a hot bed for interesting bands playing heavy music. Today’s crop originate, for the most part, from the realms of hardcore and even though acts such as Employed to Serve or Venom Prison obviously have prominent metal influences they are, at heart, hardcore bands. Fortunately, then, Bleed from Within are back with Era nicely filling that home-grown UK metal gap. Of course, its no use doing something if the quality isn’t there and, fortunately, Era has quality in spades.

Era is a lot lighter on its feet than its predecessor Uprising. 2014’s Uprising reflected the last gasp of deathcore happening at the time so where Uprising took joy in unleashing punishment aimed squarely at the cranium Era is a much more musically dextrous album and certainly benefits from this re-developed approach. There are moments where Era does unfurl that pulverising stomp so essential to modern metal, just listen to the groove of Afterlife’s chorus, but these moments are less common and focus more upon swinging grooves rather than the punishing chugs of Uprising. This development of style into Era is probably best typified by the image of a boxer circling their opponent, throwing out the occasional jab, but otherwise retaining an iron defence. Compare this to Uprising which feels like a constant barrage and you have the difference between the two albums. It’s still Bleed from Within, and it still deploys red-meat metal hooks with a consistency that wouldn’t be out of place on a Lamb of God record it’s simply that the engine for these hooks has evolved. This is more than understandable, indeed, it feels like Bleed have evolved with the times.

Vocalist Scott Kennedy, too, has developed his vocal approach to suit the development of Bleed from Within. Increasing the amount of pitched screams has lent his voice a lot more ability in sustaining more melodic sections of guitar work. As always he is a frontman more than capable of delivering vocal hooks that sit front and centre of the rest of the bands work but he has developed his vocal approach to fit with Era’s attack. An excellent production job means that every single note, every single riff and extravagant sweep hits with full force.

Era is not without issues. The choice to close with lead single Alive is a slightly odd one especially given that preceding track Ruina shows all the signs of drawing the album to a natural conclusion. Given what a statement of intent Alive seemed to be on release it feels slightly disingenuous that it’s been tacked on at the end of the album. The album does also feel slightly too long and could potentially do with a bit more editing; perhaps losing Shiver or Cast Down to make it a bit more streamlined. These are, however, small problems and what Bleed From Within have produced this year is a record that’s certainly going to be one of the better metal records out this year. Welcome back Bleed, we’ve missed you.

Era is out now on Century Media Records.