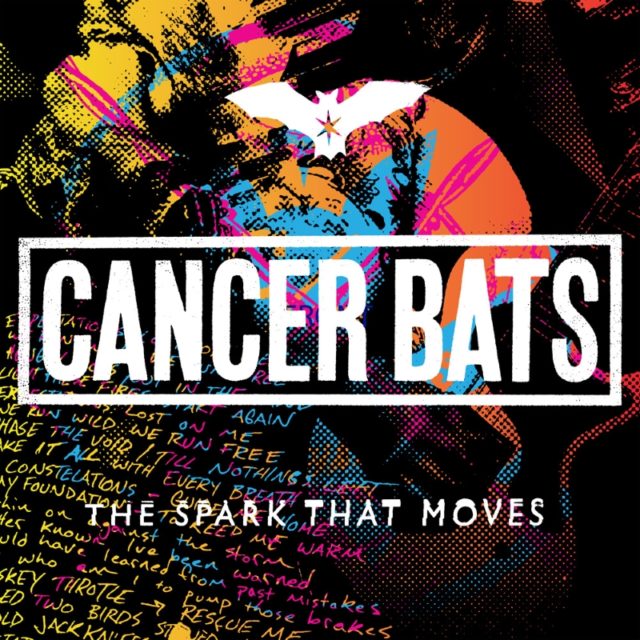 Nowadays it’s common for albums to have an excessive amount of time dedicated to pre-release hype. The teaser of an announcement, the first single and the actual announcement are all steps in this excessively long process. This makes it so refreshing when a band completely scraps this process and just drops a surprise album. Which is exactly what Cancer Bats have done with their sixth studio album The Spark That Moves.

By now fans should have a good idea what to expect from a Cancer Bats album. There’s no frills or gimmicks here, just a high energy blast of hardcore punk. And it that regard Cancer Bats have once again delivered. That’s not to say this album sounds stale and uninspired. It’s just Cancer Bats doing what they are great at. Whilst Searching For Zero might have divided opinions, The Spark That Moves feels like the sort of album that all fans should love.

From the opening moments of Gatekeeper, Cancer Bats unleash a tidal wave of riffs and snarling punk attitude. Once again they are capable of delivering more great riffs per song than some bands manage over entire albums. It really is time that Scott Middleton gets recognised as one of the best guitarists in modern heavy music. There isn’t a single moment on this album where he lets up. Whilst there are influences you can hear in his playing he’s just crafted his own trademark sound.

The Spark That Moves is definitely a more aggressive album, whilst there are those occasional stoner metal influences the pace rarely drops. There isn’t a moment of filler either, every song feels like it received the same amount of care when being written. And clocking in at just over 30 minutes means the album doesn’t ever drag.

As mentioned before Scott Middleton delivers a fantastic performance but he isn’t the only member who stands out. Cancer Bats are just one of those bands where if you removed any member now the band just wouldn’t be the same. Jaye Schwazer and Mike Peters provide one of the most colossal sounding rhythm sections that just hold everything together. And of course Liam Cormier once again delivers an outstanding vocal performance. His charisma just shines through every second.

Even if it wasn’t surprise, The Spark That Moves would still be worth getting excited about. Songs like We Run Free, Space and Time and Fear Will Kill Us All are among some of the best songs Cancer Bats have written. There’s ferciously heavy moments mixed with the sort of hardcore party anthems Cancer Bats have smashed time and time again. And if some were put off by the extremely low-fi production of Searching For Zero then they’ll probably be pleased to hear that this album has a cleaner production job without ever sounding over produced.

Six albums in and Cancer Bats remain one of the best bands in heavy music. They might have a core sound that they won’t drift far from but when they are this good at it can you blame them? After they are done celebrating the 10th anniversary of Hail Destroyer hopefully they will be back soon because The Spark That Moves is filled with songs that will be a treat live. It’s always good to have a new Cancer Bats album and that this album ended up being a surprise that made it even better.