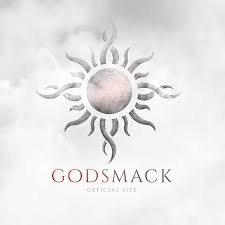 Whether you love or hate Godsmack, It’s hard not to be impressed with the career they have carved out for themselves. Coming into prominence during the nu metal boom, they somehow managed to rise above a lot of their peers and become a mainstay in a scene where a lot bands died out long ago.

When Legends Rise is Godsmack’s seventh album and one that sees them veer in a bit of a different direction. This is an attempt at huge stadium rock anthems, that almost entirely ditches all of the band’s metal elements. The album opens with the title track, which is probably the closest thing we have here to the Godsmack of old. It’s big and has a riff that is bouncier than a stack of jellies on a trampoline. The chorus will lodge itself in your head and stay there so long you’ll have to start charging it rent. It’s trademark Godsmack that sadly lulls the listener into a false sense of security as the album falls off a cliff shortly after.

Bulletproof is a song that feels entirely devoid of any kind of personality at all. The track is overproduced with a riff that is recycled and spineless and one of the most deflated vocal performances you are likely to hear on a release of this kind. It’s a song that attempts to be a rallying cry and ends up being more of a whimper.

Bulletproof is symptomatic of the problem with this album. Godsmack have clearly attempted to make an album that sounds big and bold, that can be pumped out on rock radio and fill stadiums. However, in doing so, they have completely forgotten to write any memorable or engaging songs, leaving this album feeling very much like a hard rock happy meal, easily consumable but lacking in any real substance.

Perhaps one of the album’s biggest crimes is how the vocals come across. Sully Erna has always had a great voice that has a power to it that always propelled the band above the others in the scene. Here though it has become unrecognisable by a production that strips it of its edge and makes it sound like so many others. This is none more evident than on the ballad Under your Scars, a syrupy corny sounding track that even Bon Jovi would steer away from. In attempting to create their own version of Nothing Else Matters, they have produced a song that will raise eyebrows rather than emotions.

As stated above, the main issue with When Legends Rise is just how completely bland and faceless it is. For better or worse Godsmack have always had a personality and a sound all their own. Here, they seem to have taken everything that made them what they were and diluted it down to its lowest end and in turn have created perhaps the most boring and forced album of their career. Unfortunately, it is one that is likely to alienate as many people as it attracts.

When Legends Rise is out now on Spinefarm Records. 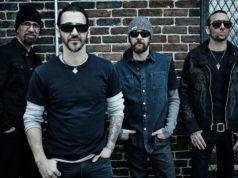