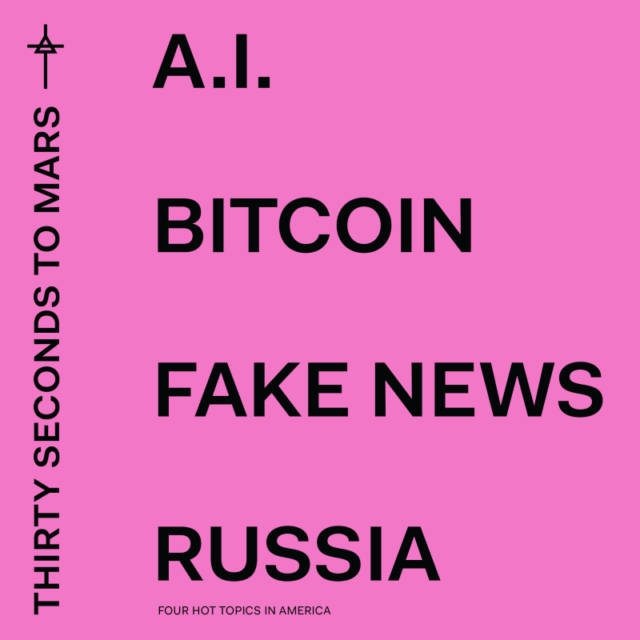 I have no idea where to even begin with this album. For the last 16 years, Thirty Seconds to Mars have been one of my all-time favourite bands, but it seems lately I am drifting further away from them. They are becoming less and less the band I once recognised and fell in love with. Now, before the internet lights up its digital pitchforks, I am and will always be in favour of bands trying new things and exploring all creative avenues, as much as I subscribe to the mentality that you can be a fan of something, but not like everything associated with it.

Which brings me to ‘America’, the fifth studio album by Thirty Seconds to Mars and the follow up to 2013’s ‘Love, Lust, Faith and Dreams’ an album that also divided opinion upon its release. America is bolstered by a rather attention-grabbing marketing campaign which involves words associated with parts of American culture and life being plastered onto neon coloured signs with the band’s name alongside them, in a much smaller font. It’s eye-catching and gets a point across, but it also highlights the first problem with the album. The marketing and the album are not directly connected in any way, and the marketing does not play into any themes explored on the album. It seems like a little bit too much, for a very small payoff.

I think I can hand on heart say that this is perhaps the worst album to bear the Thirty Seconds to Mars name. I think this largely boils down to the fact that it is the one that feels the least like it was actually written by a band and it has no discernible identity. For starters, the band’s involvement seems to be limited at best, with Tomo Milicevic being pretty much absent on most of the songwriting credits and it greatly shows, as there is a distinct lack of guitars anywhere near this album. Most of the album was seemingly written by band figurehead Jared Leto and a team of hip producers and outside writers who apparently feared reigning him in, as this may be Jared at his most self-indulgent.

The album opens well with the anthemic ‘Walk on Water’ which feels like a callback to the bands’ ‘This Is War’ era and seems to promise things the rest of the album cannot deliver on. Autotuned vocals get layered over repetitive processed trap beats that even 2 Chainz would consider derivative which fails to inspire even a simple head nod. Lyrically the album doesn’t go anywhere new and it almost seems at times that some of the songs could have just been pulled from a create your own lyrics online generator, with 90% failing to land or inspire any form of emotion at all.  There are moments when listening to this album where it feels like it a like a group of children were tasked with writing a music project based on what they think the music on the radio sounds like.

A$AP Rocky and Halsey pop in on the tracks ‘One Track Mind’ and ‘Love is Madness’ respectively but don’t add too much of value to their parts, other than to get some added names on the tracklist. With that said Halsey does fair better than A$AP Rocky, who in his verse uses some truly horrendous vocal trickery and manages to eek out the cringey lyric “Heard it’s only Thirty Seconds to Mars, then it takes you even less to get my heart”. I wish I was joking and that wasn’t a genuine lyric on an album in 2018. It comes to something when the best song on the album doesn’t feature Jared and is a stripped back acoustic number titled ‘Remedy’ that has Shannon Leto take centre stage, it is a shining moment of true human emotion in an otherwise sterile environment.

‘America’ is the first album by Thirty Seconds to Mars that I have fundamentally hated from top to bottom. An album that lacks soul and conviction, that is completely devoid of a personality and is completely crippled by overbearing production that strips it of all humanity. It seems to have been created by someone who is riding a wave of their own self important momentum, that would have been better served as a solo album than something bearing the name of one of the world’s biggest bands. An experiment that has sadly failed and leaves the listener with the final line of ‘You’ll miss me when I’m gone’. On this evidence that seems unlikely, but it does give you pause to what the future hold for 30 Seconds to Mars after this.

America is released on the 6th of April through Interscope Records. 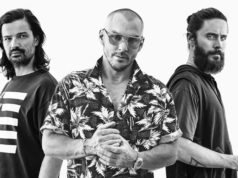 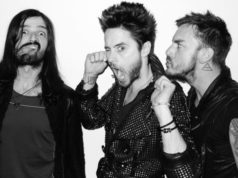 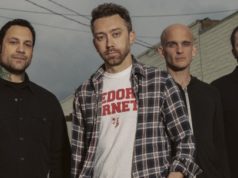 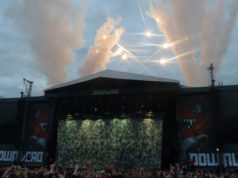 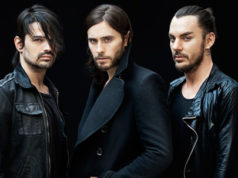