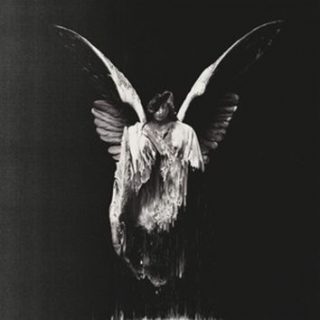 Underoath is one of those that all but passed me when they first hit the scene. Their importance was acknowledged but sadly lost on me.

Now 8 years on from the release of their last album ‘Ø (Disambiguation)’ we have a somewhat fiercer more purposeful Underoath with the of their 8th album Erase Me. an album that was clearly born out of turbulent and life-altering time for the members of the band.

This album is almost Shakespearean in nature with its tales of Bloodlust, Betrayal, Disavowing religion, and loss. This is a heavy record in almost every sense of the word.

It explodes from the moment you hit play with ‘It has to start somewhere’ an anthemic powder keg of a track full of anguished screams, pounding drums and razor-sharp guitar work. There’s a moment in the middle of the that has some stripped back drums and swirling electronics before the song kicks back in with a thunderous roar and drives itself to a fevered ending. As far as opening tracks go it takes no prisoners.

‘Rapture’ follows and is more of a straightforward synth driven number, with mostly melodic vocals and processed beats. Its a nice contrast to the album openers and shows you that this record is going to go to a lot of different places.

‘On My Teeth’ the album’s first single quickly follows and is another high octane buzzsaw of a track, that has a layered pulsing synth beat underneath an absolutely crushing beat laid down by Drummer Aaron Gillespie, who attacks the drums like they owe him money. The guitars provided a suitable bounce that sets the track off nicely and gives the listener something to cling to.

The latter half of the album rolls out some of its hugest moments with Bloodlust, a shimmering soaring epic, Sink into You with its cathartic refrains of ‘You can’t make this ok’ and its false ending that comes back around to catch you off guard. Ihateit has lovely Depeche Mode style piano intro and is a moment of calm on an otherwise turbulent album, its the closest thing the album has to a traditional radio single and is a standout moment on the album.

Erase Me is a caustic, cathartic and energizing listen, full of passion and coming from a place of pure emotion.It’s a focused and mature record that should once again see Underoath rise to the top of the scene where they rightfully belong.