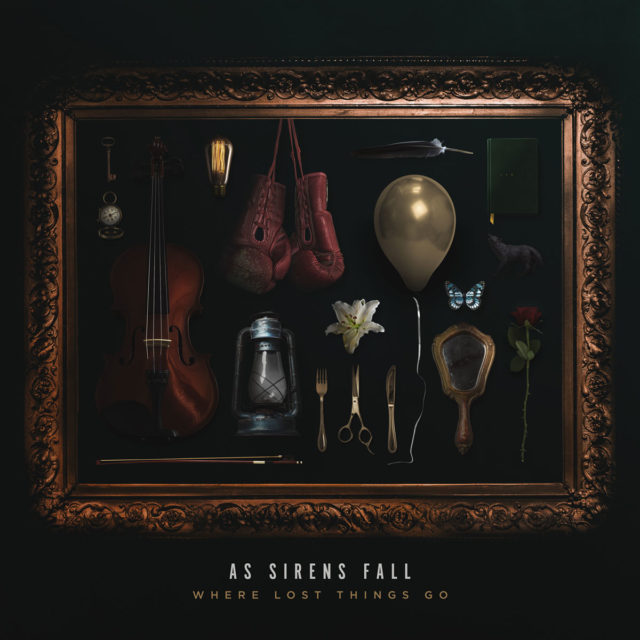 The Yorkshire Dales lend their unpredictable nature to Keighley outfit As Sirens Fall, the offspring of a gothic affair with emo and captivating pop. Second EP ‘Where Lost Things Go’ fine-tunes their established genre-hopping aesthetic with an expertly produced edge.

Prime gothic glamour bursts through opening stormer ‘Lily’, its morbid seduction both addictive and complex in equal measure. Frontman Mikey Lord belts a heartbreaking refrain and reaches some eye-watering high notes that sweep this lead single to incredible heights, the flawed beauty of his voice breaking in the closing moments making a clear statement of intent – As Sirens Fall refuse to blend in with the scenery. That said, the liquid emotion of ‘Like Vultures’ draws a fantastic comparison with early My Chemical Romance, pouring sincerity from a boundless imagination and a fine-tuned songwriting that most bands struggle to achieve twenty years in. If there really is anybody out there, they’ll hear Mikey’s astounding top notes for miles.

Delivering a beautifully profound atmosphere, ‘Getaway”s solemn requiem pleads on its knees for honesty and haunts the grand piano with its lingering sentiment – “say you’ll stay, say you’ll never stray, say you’ll never go away.” Meanwhile, the spectrally selective ‘My Only Ghost’ offers itself on a platter with a side of contagion and defiant drums that suggest this gloomy phase is incredible yet temporary.

On paper, a guest spot from Skindred’s charismatic Benji Webbe seems almost counterproductive for a band so fiercely intent on creating their own vibe, yet his natural sass proffers some phenomenal accents in the headstrong ‘In My Mind’. Taking the power back with some authoritative mastery from guitarists Adam Doveston and Richard Hadley, this is by no means your average pulse-racing filler.

The Yorkshire boys are self-confessed vendors of aggressive pop, as the tricksy closer ‘She Runs With the Wolves’ draws the EP’s curtain on a neatly motivating note. Saving one of their orchestrated best for last, this towering anthem gifts some unexpected pearls of wisdom from a band that’s learned the hard way – “if opportunity doesn’t knock, then build a door.”

Beautiful production and stunning vocals lie ‘Where Lost Things Go’, As Sirens Fall have opened yet another door to see in and the only limits are of their own creation.

‘Where Lost Things Go’ is out now. 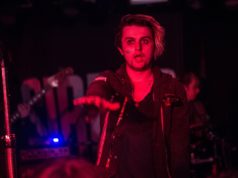 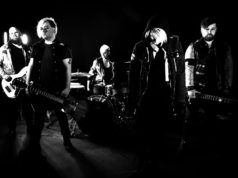