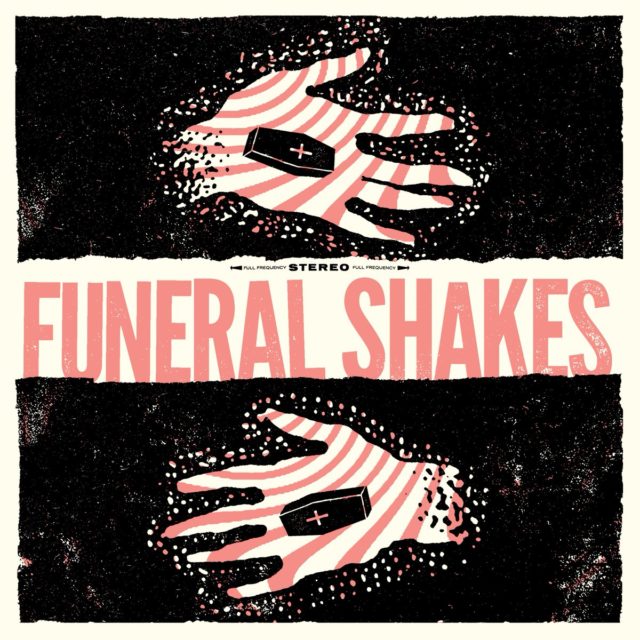 It’s rare a band name properly encapsulates their sound. Metallica, check. Megadeth, check. Against Me!,  check. Funeral Shakes are another in this lineage. The name Funeral Shakes conjures up the perfect image of a band that are aggressive and in your face – but having fun with it.

The stomping rock n roll swagger on tracks like opener Over You recall Pure Love –  and the Watfordian vocals from Roffey bring to mind early period Lower Than Atlantis. Since LTA went full-Radio One, it’s nice to have another band fill that niche of genuine, story-telling rock’n’roll.

These tracks sound even better in the sun that England has been blessed with of late; they’re optimistic, upbeat and confessional with superb lyrics (must be the cigarette smoke / and terrible cliches / I built my walls up high / to keep me from what’s real) and a great sense of melody.

Whilst leaning into pop punk singing on tracks like “The Motions,” Funeral Shakes generally remain in the lad-rock area, with references to punk scattered about the record, along with some great guitar licks. There are heavier leaning tracks, like “Circles” which leans into hardcore, with Your Demise style shouted vocals, but the chorus, complete with “Oooh” backing vocals from Em, make this a standout track that offers more than a regular punch.

The record has a lot to offer, and repeated listens help to focus attention of the backing vocals and superb guitar-bass interplay; the production from Steve Sears (who has previously worked with The Hell – who’s album “You’re Listening To The Hell” is fantastically loud) really helps to make Funeral Shakes an album worth coming back to. A very promising start.

Funeral Shakes is out now on Silent Cut Records.