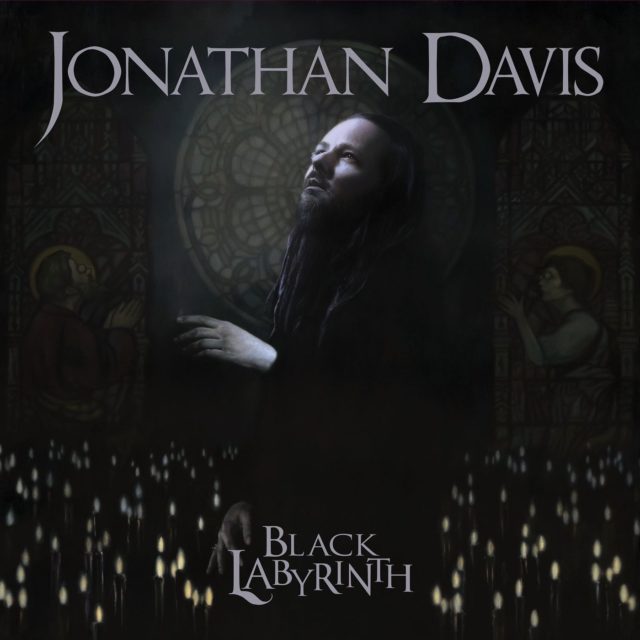 Overall Score: 8/10 Variety: 9/10 Lyrics: 8/10 Consistency: 7/10 Pros: Davis shows his wide range outside of the restraints of Korn Cons: Some tracks in the middle lose their way

10 years is a long time in music. Since Jonathan Davis began work on his debut solo album in 2007, the musical landscape has changed significantly. Nu metal collapsed from the mainstream, dubstep came and went, and One Direction took over the world momentarily. Nevertheless, Davis continued to toil away at his album and, in 2017, was finally prepared to release it to the world. Fast forward to now and we can see the fruits of his labour, Black Labyrinth.

Beginning with the powerful “Underneath My Skin”, it becomes immediately clear that Jonathan wants to move away from the downtuned groovy juggernaut of Korn and create a more melodic, gothic tinged album, perhaps best compared with elements of Korn’s untitled album which was made in the midst of an identity crisis for the band. Despite the negative reception for that album, it definitely laid down the groundwork for the sound heard on Black Labyrinth. The focus on melody, atmosphere and experimentation has certainly been refined and expanded on here, with keyboards playing a prominent role in the music along with various world music influences, which are best heard on tracks like “Final Days” and “Basic Needs”, helped by the sterling contributions of Senkar and Mike Dillon. Aspects of nu metal are still present, though. The primary riff of “Everyone” sounds a lot like it could have become a potential Korn song, while the huge chorus of “Basic Needs” nails the sort of big hook Davis perfected in the turn of the century.

It would be all too easy to dismiss this album as simply “Korn-lite” though. It’s a pitfall that many side projects fall under when the lead vocalists have such a distinctive voice (for example, Till Lindemann’s solo project outside of Rammstein). Instead, it’s important to focus on what makes Black Labyrith stand out on its own merit, and that lies within the range it shows. From the world music driven sounds of “Final Days”, “Basic Needs” and the highly experimental “Gender”, to the big alt metal riffs of “Underneath My Skin” and “Everyone”, and the gothic and atmospheric metal of “Medicate” and closing track “What It Is”, it’s clear that Jonathan Davis is intent on showcasing just how diverse his taste in music is and how he can put his own stamp on those sounds to create something that’s very much his own. It’s a huge credit to the songwriting of Davis and his band, too, that despite being recorded over a full decade, the album still sounds fresh and relatively cohesive.

Another point of interest that deserves discussing here is the lyrics. Davis has never shied away from baring all in his lyrics for Korn, but on Black Labyrinth, in contrast to the nature of other solo projects, he attempts to create something less personal and focussed on a grander scale. Instead of using the music to fight his personal demons, he uses it to explain aspects of his world view, particularly with regards to organized religion. Although he has grown more spiritual down the years, something that aided his reconciliation with Brian “Head” Welch in Korn, it is still a known fact that Jonathan Davis is a vocal critic of organized religion, and he certainly doesn’t hold back. Tracks such as “Everyone”, “Your God” and “What You Believe” (a track which harks back to the Korn track “Love and Luxury” in its bombastic nature and dynamic shifts) stand as brutal attacks on how he sees organized religion as like a cult, and the vitriol he holds towards it is palpable.

In spite of all this, though, there are some tracks which fall flat, particularly in the middle of the album where there is something of a lull in the momentum. “Walk On By” fails to stand out, while “The Secret”, while catchy and enjoyable, still feels like the most dated track on the album. While “Basic Needs” is one of the highlights of the album for its chorus, there are also times in the track which drag on a little too long and make it verge on outstaying its welcome. We get out of this lull, though, with a move into gothic/industrial territory through the double salvo of “Medicate” and “Please Tell Me”. In this second half of the album, the guitars largely take a back seat to the dark atmosphere of the keyboards, which works in its favour given the more guitar driven approach of the first half. It makes the album feel much more like a natural progression, or a story focusing more on one’s own sense of identity, wrapping up nicely with “What It Is”.

Overall, Black Labyrinth is the ultimate culmination of the influences Jonathan Davis has absorbed down the years, condensed and refined into a sound that is unmistakably his. While you’ll definitely spot traits of Korn in among other acts that have affected the sound of this album, it still feels fresh and with its own sense of identity (handy, considering some of the themes explored within the album). With Davis already announcing that he has begun planning his second effort, it’ll be interesting to see if he can further refine his sound, especially given the newer influences which will have come into play in the time it took to record this album. Let’s just hope we don’t have to wait another 10 years for album #2.