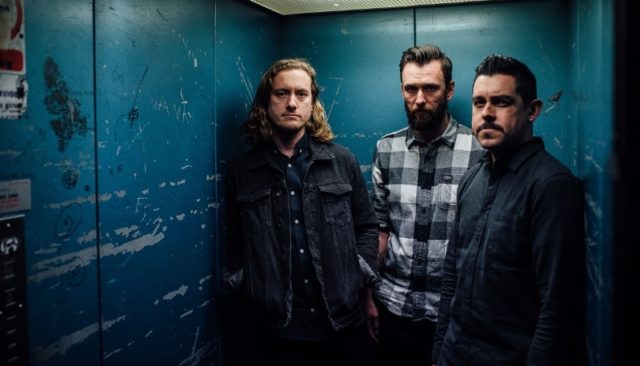 The most hardly fought video of the week contest for the entire year of 2018 so far has just come to a close. For much of the week it looked as though Bradford rockers Stand Alone were going to take home the winners medal. Then, with a few hours to go they were overtaken by High Wycombe natives As Everything Unfolds, who looked set for victory. But there was one more twist to come, and Brighton math rock outfit Poly-Math produced a late surge to take home the gold for this week.

Poly-Math’s currently double album, House of Wisdom | We Are The Devil, is out now on Lonely Voyage Records. To learn a bit more about the song Alchemy, here’s the good word from the band themselves:

“Alchemy is an exploration of all the various characteristics of the double album. In many ways it’s a snap shot of the rest of the record. We wanted to include frantic, violent, racing time signatures, but blend them with more traditional folk-inspired sections. It’s the first track on We Are The Devil, and changes the tone of the record, from the grandeur of The House of Wisdom to the darker side of history when the Houses of Wisdom were finally destroyed and the Mongolian rule began to take place.”

The next opportunity to see Poly-Math live will be at the always excellent ArcTanGent festival in the UK’s South West in Mid August. Stay tuned to Rock Sins for another video of the week contest very soon!