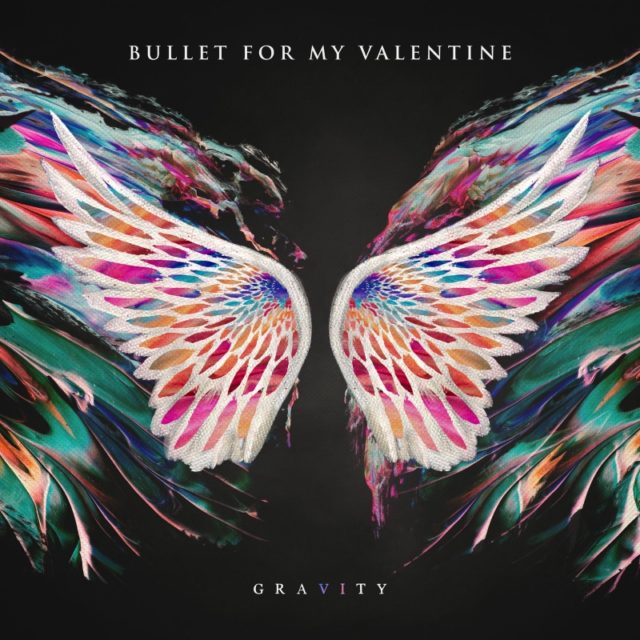 Overall Score: 3/10 Riffs: 4/10 Lyrics: 2/10 Originality: 3/10 Pros: Don’t Need You is easily the best of the bunch Cons: Cliched lyricism | Too many forgettable songs | too much synth and not enough riffs

Of all the young metal bands who made their breakthrough in the early to mid 2000’s, few have had quite as tough a time as Welsh outfit Bullet For My Valentine, who arrived kicking and screaming with an early run of genre-defining albums like The Poison and Scream Aim Fire, only to gradually slip into a decline with the underwhelming Fever and the record widely-thought of as being almost career-killing, Temper Temper. Things looked slightly better with the release of 2015’s Venom, as the band returned to something more akin to their classic sound, but now they’re taking another drastic turn with their sixth studio album – Gravity.

The very second that opener Leap Of Faith kicks in, it’s blatantly obvious that this is a version of BFMV quite unlike the metal juggernaut of years ago. Starting off with a cascading 80s-esque synth pattern and a melodic croon from frontman Matt Tuck, the song immediately feels like something akin to Bring Me The Horizon’s most recent experimentation on That’s The Spirit. Machine gun drum blasts and some chunky riffing soon appear to try and save proceedings, but it all quickly devolves into a very sub-par more or less pop-metal affair.

In fact, ‘sub-par pop-metal’ might as well be a descriptor for Gravity in general, such is the lack of variance present across its 11 tracks. Songs like Over It and Piece Of Me attempt to win back some of the band’s metal credentials slightly, with some hard-hitting guitars and stadium-rock choruses, but for every one of those, there’s twice as many utterly forgettable moments like the plodding Coma and so-cheesy-it’s-hilarious Under Again. There’s obviously a couple of obligatory ballads too, as seems to be a given for bands of this ilk now – in this case, the depressingly limp The Very Last Time and closing number Breathe Underwater, a song so cliched and awful that it probably should have ignored its namesake and drowned during creation.

The best moment on Gravity though, and perhaps its only redeeming one, is Don’t Need You – a breakneck speed thrasher with an anthemic chorus straight from the band’s classic playbook that, whilst still packed full of synths in places, has enough pace and ferocity in its instrumentation and vocals to hark back to the glory days of Bullet For My Valentine. Initially released as a single all the way back at the end of 2016, it’s a great reminder of what the band are truly capable of when they’re going all-out metal, although its ferocity only serves to further highlight that stark contrast with the other tracks on the record, as well as probably its biggest travesty – the apparent total lack of anything remotely resembling a guitar solo.

Overall, it’s impossible to view Gravity as anything other than a depressing trend-chasing slog of an album. Bullet For My Valentine might have once been the kings-in-waiting of the British metal scene, but if this record is any indication of the path the band have chosen to take post-Venom, then there’s probably no hope of the metal community at large ever caring about them again. Hardcore fans of the band will probably still lap this up regardless, but for everyone else, it’ll be difficult to ever choose this record over the band’s classic works.