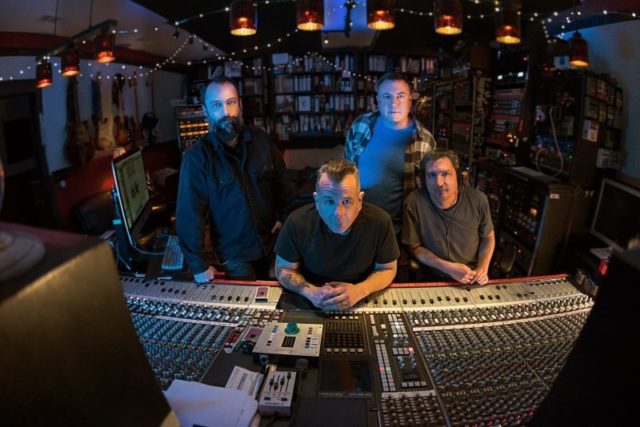 Clutch have shared the second single from their upcoming album, ‘Book of Bad Decisions’.

How To Shake Hands follows previously shared cut Gimme The Keys, which arrived with details of the Maryland rockers’ follow up to 2015’s ‘Psychic Warfare’ last month.

The new track, How To Shake Hands was inspired by Ry Cooder and John Lee Hooker via the song John Lee Hooker for President. In that song Cooder impersonates Hooker giving a speech on what will happen when he becomes President. Clutch’s original idea of covering the Cooder track was soon abandoned after vocalist Neil Fallon said he couldn’t do the song justice. Instead, Fallon put his own lyrics in the style of Cooder and Hooker to a new Clutch song which ended up becoming How to Shake Hands.

Each single released from ‘Book of Bad Decisions’ is accompanied by a Spotify playlist put together by one of the band members. In this instance guitarist Tim Sult is responsible for surrounding How To Shake Hands with other songs to his liking. Discussing them, he said:

“Since Neil mentioned Jimi Hendrix and Bill Hicks in How To Shake Hands, I decided to make a playlist including both. Classic guitar playing meets classic comedy. What could go wrong?”

How To Shake Hands is available as an instant grat track alongside Gimme The Keys with album pre-orders. ‘Book of Bad Decisions’ is set to arrive on September 7 via the band’s own Weathermaker Music label, followed by a UK tour in December. Head here for more details.