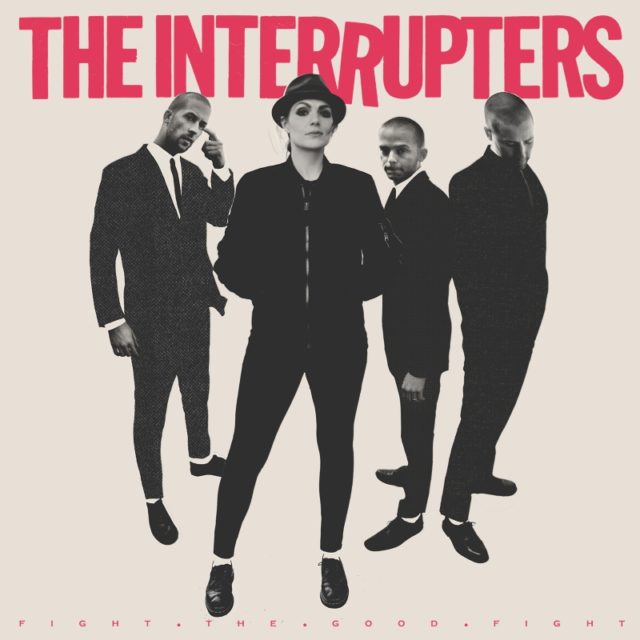 Ska-punk is a genre that many people will tell you is dead. With the genre far from the height of popularity it once had, it’s now just seen as a nostalgia thing. So when The Interrupters released their second album Say It Out Loud in 2016 it felt like a real breath of fresh air. They managed bring new life to ska-punk and make it sound relevant again. And now they are back to do it again with the follow up Fight The Good Fight

Fight The Good Fight is an album simply bursting with positivity. Title Holder is an immediately uplifting punk anthem. It’s chorus of “Fight like a title holder, stand like a champion, live like a warrior and never let them break you down” is a simple a clear message and sums up exactly what The Interrupters are all about.

So Wrong sounds like the sort of song you’d wish Green Day could still release. Just a simple pop-punk number that embraces all the fun elements of the genre. There is nothing on this album that tries to be ground breaking but every song is just a feel good moment that should make you want to get up and dance. Lead single She’s Kerosene is another brilliant track with a very personal message regarding toxic relationships. All wrapped up in a brilliantly catchy number.

This all peaks with We Got Each Other and Broken World. The first features a different member of Rancid on each chorus and a rousing chorus about unity and family. Again it’s a simple song with a message that anyone should be able to understand. And Broken World is just about not giving up on trying to do the right thing no matter how bad things are getting in the world right now.

Outside of all the lyrics about family and caring for each other the album has all the elements you’d expect from a ska-punk band. Musically it is does nothing you haven’t heard before but and covers all the basic tropes of the genre, but that almost feels like what they set out to do. This is a band with a clear love for the genre and just want to bring all the classic elements and make them sound relevant. Aimee Interrupter is the star at the centre of it all. Her vocal performance on the album really enhances the songs. Her attitude feels completely genuine and there is just so much charisma there.

Fight The Good Fight is just proof that sometimes you don’t need to try and reinvent the wheel. It’s just an album overflowing with positivity and is one of the most joyful records you’ll hear in 2018. At just over 30 minutes it doesn’t outstay its welcome, it’s just a big party from start to finish. Certain people will no doubt sneer about it and feel like they are too cool to listen. But for everyone else it’s just one of the least pretentious albums that will just leave you smiling.

As the album closes with Room With A View, a song about the death of a loved one. It’s not a sombre moment but instead is all about looking back on the good times. No matter how bad things get people can turn to music to pull them out of some dark places and that is exactly what this album does. The Interrupters are going to continue fighting the good fight and in their own small way will make the world better for some of us. 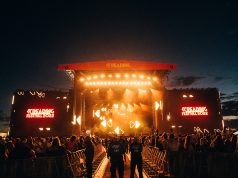 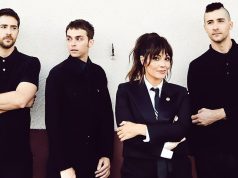