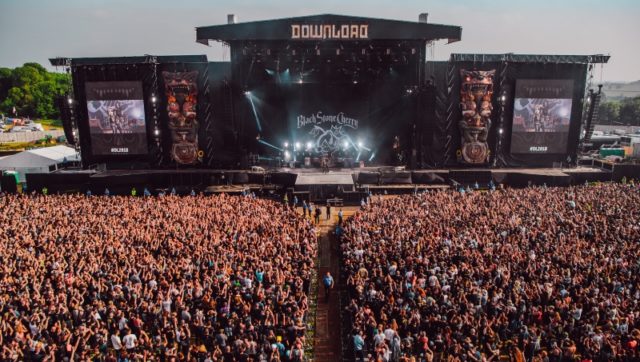 With a middle Saturday packed full of rock n’roll, Download 2018’s Main Stage line up was one for those who prefer their rock with an old school feel. Lets’ launch straight into the action!

It’s a sign of both how confident the band are and how generally loved they are by their fanbase that Monster Truck (7) could walk out onto the main stage of Download on Saturday morning and play a 7 song set that included 4 songs from their as yet unreleased new album, True Rocker, and still not lose or alienate a single member of the strong crowd they’ve attracted. Whilst that initially seems like the boldest move ever, even by a band oozing that much swagger on stage, the Monster Truck brand of rock is perfectly suited for easing the hungover throng into the day and opening the set with Don’t Tell Me How to Live and She’s a Witch from 2015’s Sittin’ Heavy gets things moving and probably explains why they wanted to play new material in 2018, as no one wants to watch a band essentially running on autopilot for half an hour.

Closing the set with Furiosity track Sweet Mountain River ensures the fans in attendance go to the bar happy and the newly converted ones are planning to see them again. As for the new material, which included first single Evolution, released just in time for everyone to learn before today, there is no sign of this being “the difficult 3rd album” based on the songs performed and as singer/bassist Jon Harvey delivered the line of “This is our town” during Denim Danger, I couldn’t help but look around and agree. GL

In the blistering Saturday sun, The Struts (8) are a heavenly dose of energy on the Main Stage. Any festival setlist is criminally short for this proven aural hangover cure, yet these stewards entrusted with the future of glam rock are note-perfect from the first keys of rousing opener ‘Put Your Hands Up’. Frontman Luke Spiller oozes swagger and exuberance through air-punching ‘Kiss This’ and classic belt-along ‘Could Have Been Me’ as if the three years since their first Download appearance have only strengthened their game. Filling the four-year gap since their debut album ‘Everybody Wants’, contagious new track ‘Body Talks’ makes its debut to the Donington stage to rapturous ‘whoop’s. With a new album in the works, this won’t be the last we see of these local gems. AC 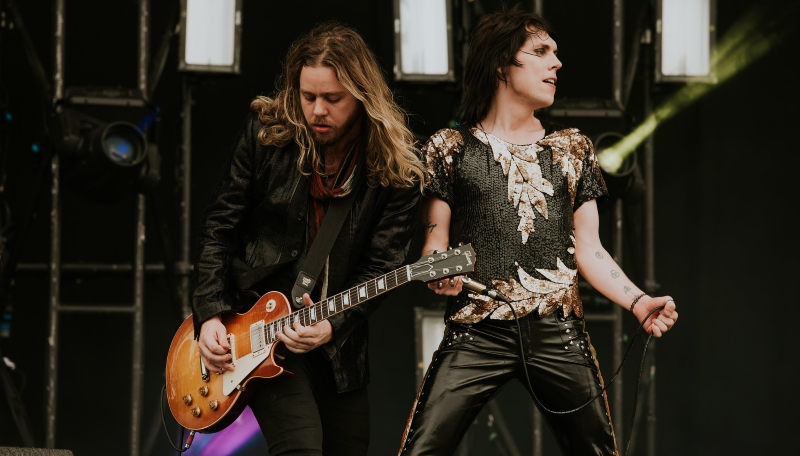 Every other year, The Temperance Movement (7) make a welcome return to the Donington stage and 2018 is no exception – frontman Phil Campbell’s gravelly blues are a grateful distraction from the afternoon heat. Old familiars ‘Only Friend’ and ‘Midnight Black’ are delivered with as much effortless grace as new stalwart ‘The Way It Was and the Way It Is Now’, a set fit for the New Orleans sunset. The band’s gamble on pulling more new tracks from this year’s ‘Deeper Cut’ than old is a risk that pays off beautifully, demonstrated through each key of energetic new anthem ‘Caught In the Middle’ becoming a fan favourite on the hallowed Download stage. AC

28 years since they first took the main stage at Donington Park, Thunder (6) have emerged into the glorious sunshine and ploughed into Wonder Days. Now called Download Festival the scene in front of the band (and even the position of the stage they’re stood on) is wildly different from 1990, but like the old adage says rock and roll will never die and neither, it seems, will be the love the British public have for their homegrown heroes of the era. Sadly, guitarist Ben Matthews was unable to join in this weekend and was temporarily replaced with Dean Howard, but this was unnoticeable in the performance and was probably overshadowed by the fact Danny Bowes had insisted on wearing a Little Mix tshirt, presumably to show he was still hip and with it and down with the kids.

As the sun beat down, Thunder turned up the heat with River of Pain, before Danny warmed up the voices of those in attendance with some call and response action and then lead the band into Higher Ground. As the acoustic guitars get brought out for the intro to Low Life in High Places, one can’t help but feel they are still a second stage band for Download and that maybe the intention of putting them on in this slot for the slightly older day ticket holders that have come for Guns N Roses may not have come off how they’d hoped, as whilst they have drawn a respectable crowd, it seems mostly made up of blank faces, even during Backstreet Symphony, but of course it’s Love Walked In that gets all the hands and phones in the air and a lot more of the audience are reacting and joining in during the big clapalong of Dirty Love.

Whilst this wasn’t the best reception I’ve seen the band get at Download there was no doubting the performance and the years of chatting on the radio have done nothing to diminish Danny’s voice, it just seemed like too big a stage for the amount of Downloaders who are usually watching the band when they are booked. No doubt a tour will soon follow with many sold out dates, but it will be interesting to see what happens if the chaps come back for one more Donington Park show, before hanging up the guitars. GL

No strangers to the hallowed turf of Donington, Black Stone Cherry (9) are as synonymous with Download as the dog, since their debut 10 years ago. Now touring their 6th studio album Family Tree, this main stage sub-headline slot seems to suit them, as the band walk on stage with huge grins and come out swinging, with everyone jumping on the train to banger central. Despite the early start to allow Guns N Roses to play for the rest of the weekend, BSC make full use of their allotted 70 minutes to cover their entire history and play the set of their careers. Opening with new track Burnin, then Blind Man and Rain Wizard, singer/guitarist Chris Robertson works the crowd perfectly, while the beast that is John Young does his part by throwing sticks and seemingly punishing his drumkit for some sort of wrong doing and Jon Lawhon (bass) and Ben Wells (guitar) walk the length and breadth of the stage ensuring everyone is having a good time. 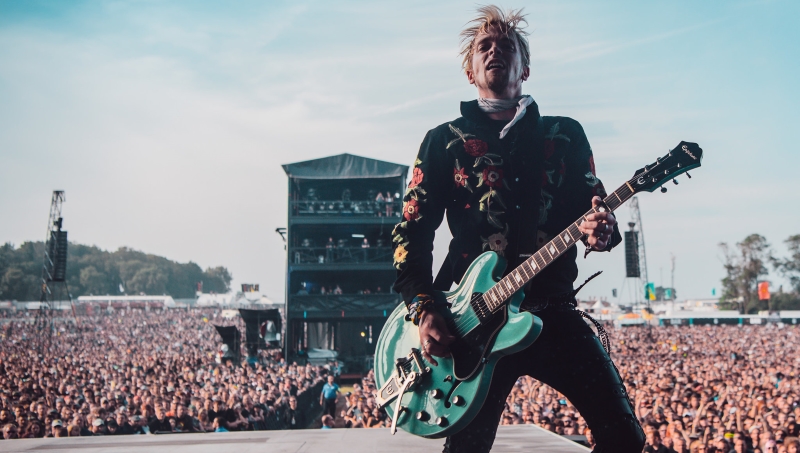 It’s got to be said that even with the cover of The Wailer’s Stir It Up and the now setlist staple In My Blood, Black Stone Cherry are sounding heavy as fuck, particularly during Me & Mary Jane, which was surely written for just this sort of occasion. The closest thing to a low point comes at the halfway point when they decide to play a cover of classic Hendrix tune Foxy Lady. I have no idea why bands feel the need to play covers at festivals, particularly when they are not the headliners and, therefore, likely to be playing to a lot of people that haven’t listened to them much before this moment, but it seemed to be a common theme on the main stage this year (especially if you include Black Sabbath songs in Ozzy’s solo set).

That said, things are well and truly back on track as BSC tear into Blame it on the Boom Boom and Lonely Train kicks the absolute arse out of Download. It was about this point I noticed their drumkit is now also playing percussion on stage with them, which adds a nice new dimension to their standard downtuned southern rock, but compared to the rest of the set, Family Tree seems like a rather lukewarm closer for the night. That said, after watching them grow for years and seeing that performance, I’m calling it now – Black Stone Cherry will headline Download Festival pretty soon… GL

Musically, they were fine, with Duff McKagan his usual confident self on bass and Slash, being, well, Slash. Everyone’s favourite top hat wearing guitarist could probably perform most of GnR’s repertoire in his sleep. But when it came to Axl Rose, that’s another story altogether. Reports from their UK stadium shows last year were almost unanimous in their praise for GnR, and Rose being vocally on fire in particular, so expectation levels for GnR’s headline set at Download 2018, as the biggest band of the weekend, had been set reasonably high. What happened to Axl’s voice in the twelve months in-between those Stadium shows in London and Download we can’t say, whether he was having an off night or whether this had been typical for the tour, but he was dreadful. Out of time, out of tune and at times generally looking less than enamoured with life, things went rapidly downhill after the opening It’s So Easy. Download knew exactly where they were as “THAT” part of Welcome To The Jungle got a thunderous reaction, but as crazy as people were going, that song has never sounded worse. 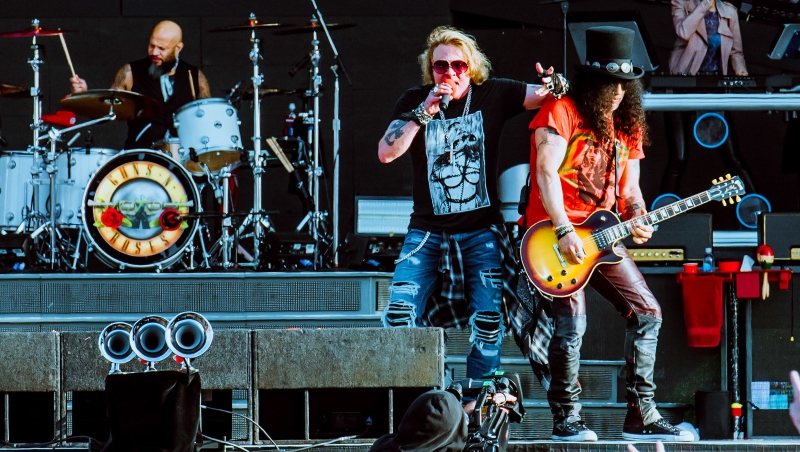 When word had got out that GnR had begun covering Velvet Revolver’s Slither, that, rightly so, had a lot of people excited. And for the first verse, it seemed that Axl might even pull it off. Then the chorus hit and by the end of the track, Scott Weiland will have been rolling in his grave, it was that bad. The big moments went down extremely well as of course they were always going to, and for the likes of Sweet Child O’Mine people were dancing across the fields of Donington. But these highlights were few and far between. November Rain was extended by instrumentals and solo’s to such a degree that it seemed like they’d played an additional two songs before the song mercifully finished. Like Aerosmith twelve months before, some of the covers in the set were hugely unnecessary (especially when they’d made such a big deal out of their three and a half hour set time – people weren’t going to complain if it was two and a half hours). In the end, after the obligatory closing Paradise City, they only just made it to three hours – which of course is very respectable by any bands standards – but the saying less is more has rarely rung as true as it did with Guns N’Roses set at Download. The worst main stage Download Festival headline performance I’ve ever seen apart from KISS in 2015. JG

If you’d like to catch up on all of the coverage from the first day of Download 2018 and our Saturday Zippo Encore stage review, you can do so on the following links: 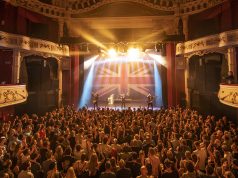 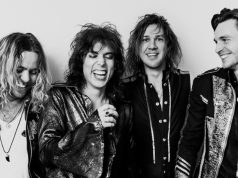