With Download 2018 in full swing, there were a feast of musical offerings of all blends of metal on offer on middle Saturday. Team Rock Sins runs you through the best and the worst of what went down across the day on our favourite stage sponsored by a certain lighter maker.

With more riffs per song than most bands can manage across an entire album, Corrosion of Conformity (8) swagger their way through their mid-afternoon Zippo slot with a commanding presence that enthrals the crowd from start to finish. New tracks such as ‘The Luddite’ sound suitably earth-shattering, but it’s the old favourites that today attack with the most force. ‘Albatross’ in particular is one of the highlights of the whole weekend; a sprawling throwback to the bygone era of grunge-fuelled, riff-driven anthems that really allows Corrosion to delve into their expansive box of tricks. The windy conditions do result in some occasional lapses in intensity, but overall this is a predominantly triumphant set that re-establishes CoC as a band who pack just as much of a punch in 2018 as they did in their nineties heyday. SB

A huge crowd at the Zippo Encore stage were waiting to greet UK south coast favourites Bury Tomorrow (8) and they were not disappointed. When a set begins with a demand of “give me 1000 crowd surfers” , you know it’s going to get lively, and quickly. Ripping through the likes of Man On Fire and Cemetery, frontman Dani Winter-Bates whipped the ever willing crowd into a sea of flying bodies and circle pits.

New single, the extra heavy Knife Of Gold went down a storm while Last Light showed exactly why it was one of the highlights of the excellent Earthbound album. Finishing with new album title track Knife Of Gold – the future looks hugely bright for a band who have long been a highlight of the UK metalcore scene. Miss their December UK tour at your peril. JG

Asking Alexandria’s (3) first Download set since original frontman Danny Worsnop made a triumphant return in 2016 should have been a resounding success, especially a whopping five years after their last Donington appearance. It’s not the way Danny runs onto stage, jumps up onto a monitor and slips straight onto his arse in front of a packed crowd, it’s not even the way he addresses the crowd to explain the unfortunate incident – it’s the feckless setlist that ensues. A band with twelve years, five storming albums and a lifetime of drama under their belts should not, under any circumstances, compose a 9-song setlist with 7 from their latest album. The two measly nods to their colourful past ‘Someone Somewhere’ and ‘The Death of Me’ are sped-up and butchered in favour of new material. Sure, ‘Into the Fire’ sounds alright live but the tension of heartbroken hardcore fans waiting to hear ‘Final Episode (Let’s Change the Channel)’ is palpable – you could hear a snapback drop from the campsite. Oh. My. God – what a disappointment. AC

While you would have been foolish to expect anything less, the absolutely enormous crowd that were awaiting the entrance of Babymetal (8) shows you that the Japanese J-pop / metal phenomenon only continues to grow in popularity. Down a member with the absence of Yuimetal for reasons that haven’t been fully explained but with two backing dancers, they were still very polished and if one could leave their metal elitist hat on the floor for forty minutes, a huge amount of fun.

As one might expect as well, having now fronted the band for several years, Su-Metal is a far more confident frontwoman live than in times gone by, and she seemed to enjoy the experience more than their previous Download appearance. That having been said, if you were the one watching several thousand people lose their collective shit to the likes of Megitsune and Gimme Chocolate in the baking Donington sun from the stage, one would think it would be pretty hard not to enjoy that. New song Distortion was a big welcome to the set, with some HUGE riffs that were performed expertly as always by Babymetal’s musicians. With the huge reaction to the set as a whole, and especially the set closing Road To Resistance, it is highly unlikely Babymetal will ever appear anywhere but the main stage here at Download ever again. One of the most fun performances of the weekend. JG 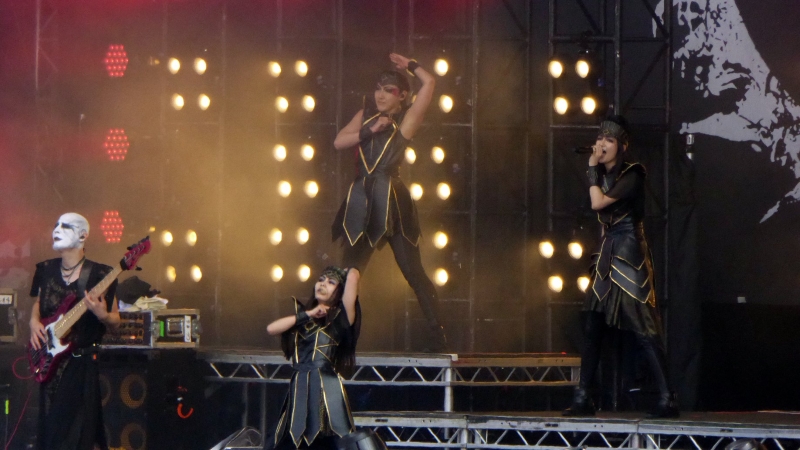 Despite the ridiculously early headline time of 6pm, Parkway Drive’s (10) headline slot on the second stage just felt special from the very first moment they came on stage. Over the last 15 years they have worked so hard and climbed their way up from tiny clubs and this set just felt like such a significant moment for them. The opening combination of Wishing Wells and Prey proved that latest album Reverence was made for stages like this, with both sounding absolutely enormous. And of course, they brought one hell of a stage show to back it up. The band brought so much pyro that at one point the entire stage (drumkit included) was set on fire. And then the drumkit went upside down whilst on fire. It was such a ridiculous spectacle to witness but it never felt like it took priority over the songs.

With a setlist that drew heavily from the last two albums its clear Parkway are really pushing this newer sound but Karma, Idols & Anchors and Wild Eyes still provide a nice throwback to the earlier metalcore stuff. Some might have had a problem with a lack of material from the first few albums but the newer material just feels more suited for the huge stages Parkway are now playing. There were a few technical difficulties throughout the set, with some sound problems and some pyro not going off as planned. But everything else was so good that none of this mattered. By the time Bottom Feeder closed out the set with the entire field losing their mind, Parkway Drive proved that it might not be too long before they step up to headline the mainstage at this festival. SD 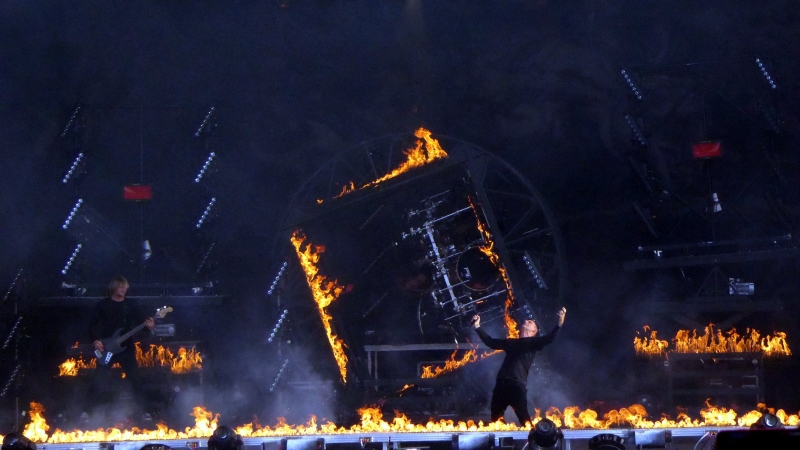 Photos of Babymetal and Parkway Drive by Jamie Giberti. Do not reproduce without permission.

If you’d like to catch up on all of the coverage from the first day of Download 2018, you can do so on the following links: