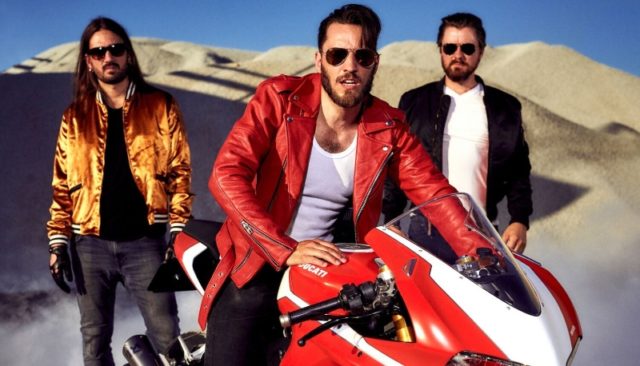 Norway’s Shining have released the title track of their upcoming album, ‘Animal’, alongside a marathon run of European tour dates.

The follow up 2015’s ‘International Blackjazz Society’ was once again co-produced by the band alongside their long time associate Sean Beavan, who has previously worked with Marilyn Manson, Nine Inch Nails and A Perfect Circle, with Kane Churko, son of legendary studio guru Kevin, brought in to complete the final mix. Speaking about the album, Shining vocalist and songwriter Jørgen Munkeby said:

“I was tired of doing the same thing. I was done with ‘Blackjazz’’and wanted to create something new and exciting. I needed a change. I’m finally at the point where I have nothing to lose and everything to win. We had 360 degrees to play with so we could’ve gone in any direction. This new record is more Muse than Meshuggah, more Ghost than Gojira, and more Biffy Clyro than Burzum!”

With ‘Animal’ set to arrive worldwide via Spinefarm Records on October 19, the former jazz-metal trio will support the release with UK stops in Manchester and London, where they’ll play Camden’s Underworld on November 5. The tour also features multiple dates in towns across their homeland plus shows in France, Belgium, Spain, Italy, Austria, Romania, Germany and Hungary. “While writing these songs we always thought about how we could make sure they would sound awesome in a live setting,” Munkeby added. “Now we finally get to play them there! In club somewhere in Europe, with a sweaty and excited audience screaming along! Can’t wait to see you all there!”

Tickets are on sale now. Head to the official Shining website for dates and ticket information.