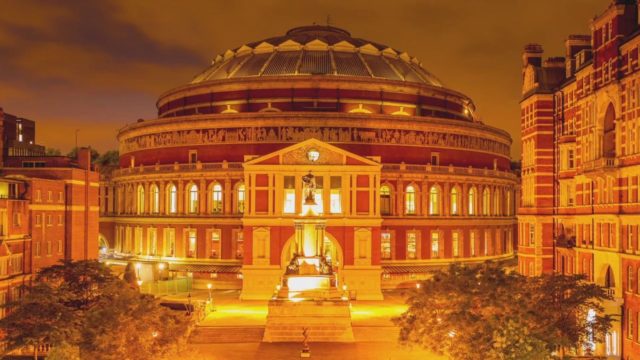 There is an unholy buzz of anticipation surrounding the Royal Albert Hall this evening. It’s a Sunday night and the congregation have descended on the venue as tonight it plays makeshift church to an evening with Ghost. One of the most eagerly anticipated gigs in recent memory is finally here and it promises to be something special.

There are no supports this evening, so this is a pure unfiltered evening full of glorious Ghost insanity. Arriving onstage to ‘Ashes’ before launching into a rapturous rendition of ‘Rats’ that sees the place come unglued, the amassed crowd is immediately under the spell of Cardinal Copia and his band of merry Ghouls and Ghoulehs, and that will stay that way for the next two and a bit hours.

The effort that Ghost have gone to to put on this show is nothing short of astounding. They have a huge church inspired back drop complete with steps that builds out on to the stage. There are several different costume changes for The Cardinal as well as a special appearance by the elder Papa Nihil who graces us with his impressive sax skills during ‘Miasma’ which recieves probably the loudest reaction of entire evening. This is a show and it feels every bit like one, it is even broken into two acts by an interval, which never seems to slow the momentum of the show down. 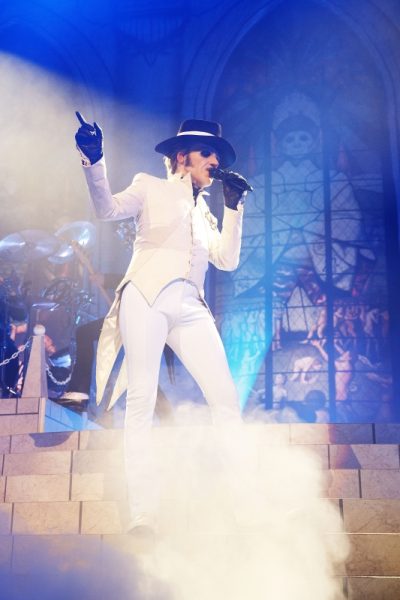 The setlist is absolutely stellar as well. For a band that is less than a decade old Ghost have amassed a pretty impressive catalogue of songs, to the point where this already feels like a greatest hits set. They manage to pull off a 24 song set without ever dropping a dud, which is a feat in itself. All of the bands era’s are represented fairly; the newer material from this years stunning ‘Prequelle’ sounds so much more bombastic in the live setting, where the songs take on a new heft and really come alive. ‘Faith’ and ‘Dance Macabre’ both sound huge, and the latter sparks one of the night’s biggest sing a longs, proving that their Sabbath meets Abba approach is 100% working and the mainstream surely beckons.

Other highlights include a spine tingling, tear jerking rendition of Anti-Ballad ‘Cirice” and a version of ‘Year Zero’ that sounded so big and so evil that I was genuinely concerned we may see some sort of demon rise up from the red lit, smoke filled stage. Even the older material from ‘Opus Eponymous’ like ‘Ritual’ and ‘Con Clavi Con Dio’ still sound as fresh as when you first heard them, and stand up well against the newer material. 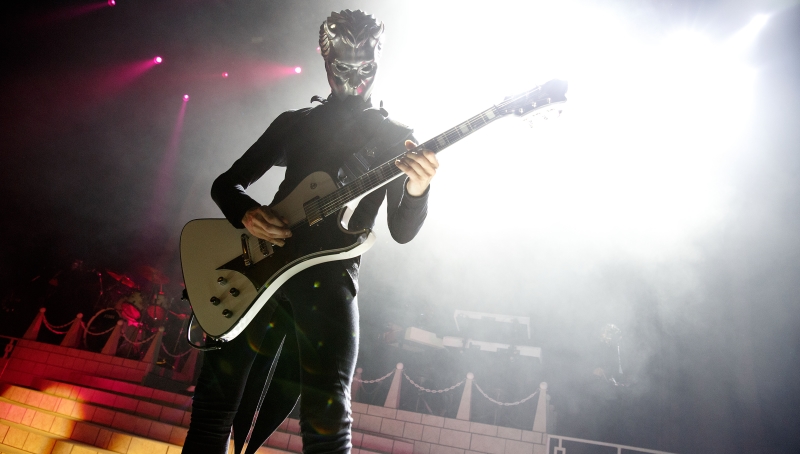 Even on a performance level, this is the loosest, most fun show I have ever seen Ghost play. All of the Nameless Ghouls are entertaining, each imbued with their own unique personality that they bring to their stage presence, The Ghoulehs are also having a blast taking turns between dancing, doing back up vocals and tickling the keys, one of them even gets a Keytar solo during ‘Mummy Dust’.

The Cardinal is certainly the most fun frontman the band has ever had, his stage presence at times borders on Freddie Mercury like and his banter is second to none. He is definitely my favourite of the revolving door of frontmen the band has had over the years. He is far and away the best showman, and has the crowd in the palm of his hand from the very first note until the last.

Tonight was a triumphant night for rock music, and for Ghost in general, a band that came completely out of leftfield, and has taken the music world by storm, selling out of the UK’s most respected music venues in a matter of minutes and inspiring a devotion and dedication amongst its fans that borders on cult like ( there are several people here tonight dressed as Ghouls, Ghoulehs and even the many faces of Papa E, and The Cardinal). They have a stage show that is equal parts Queen and Iron Maiden mixed with a dash of Hammer Horror, and an array of songs so strong that any band would give their right arms to have even half the amount of earworms they do. There will always be “those gigs” and “those moments” that come along that will be talked about for years and that go down in history as something truly special and tonight is one of those nights. The sky is truly the limit for Ghost after this and I can say hand on heart after this that we have witnessed the next big future festival headliner in the making. 10 / 10. 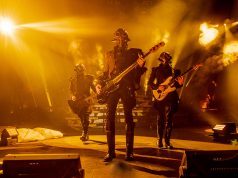