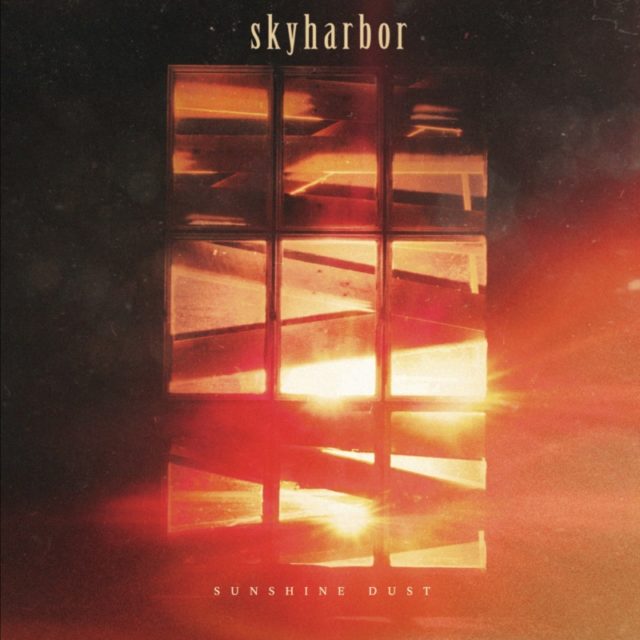 Skyharbor have had some substantial line-up changes over the years, with the departing of TesseracT’s Daniel Tompkins on vocals and Anup Sastry on drums in 2015. This could have signalled a dismantling of the group but were promptly replaced by Aditya Ashok on drums and Eric Emery on vocals, who had a big weight on his shoulders following Tomkin’s footsteps. Their last release was four years ago so this next album was keenly awaited, and it was also reported that they completely scrapped the first recording of it and started again.

It didn’t disappoint, these prog metal boys came out with an excellent album which I’ll be listening to for the foreseeable future. The album is brilliantly produced and is full of texture and finesse and a celestial vibe throughout, leaving the listener captivated and wanting more. Despite the aforementioned line-up change, they remain somewhat true to their origins in 2012’s Illusions.

The album opens with ‘Signal’, an ambient electronic opener which goes into ‘Dim’, one of the singles released earlier this year, which kicks in heavily. Emery’s vocals remind of Periphery’s Spencer Sotelo while the politically charged lyrical theme surrounds the state of US politics. It then moves onto ‘Out of Time’, a single released back in 2015, which once again gives a strong chorus and swooping vocals, which is the same for Synthetic Hands, which holds to be one of my favourite tracks on the albums on the track with its floaty feel, though it is hard to choose as no two choruses are the same.

Disengage/Evacuate begins with some more electronic influences and is generally calmer but still holds great melodic value. Halfway through the album we’re given a 6 minute beautifully interwoven and atmospheric musical interval with some chuggy, heavy guitar work – ‘The Reckoning’, before coming to the heavy Dissent. The last few tracks on this album are absolute head bangers with Emery showing off some screams (which is a new addition to the band) and a darker and different side to the album. Dissent is followed by Menace and Temptress, both with a similar feel. Though good tracks, compared to the album theme they may sound slightly out of place, especially with Dissent’s Nu-Metalesque vibe, however I’d love to hear more of this in the future.

The overall shorter tracks offer a compact serving compared to previous albums such as Guiding Lights which had tracks up to nine minutes in length, but there is no drop off in Skyharbor showcasing their technical talent and compared to their previous albums I particularly enjoyed some of the different styles showed throughout.

The album ends with the title track, Sunshine Dust, which is my overall favourite due to the great hook and catchy chorus which takes us back to a similar style we saw at the beginning of the album. It’s a great closure to quite a beautiful album and fans won’t be disappointed. However, with so many up and coming bands in the progressive metal genre, the competition to stand out is getting more difficult, thus it would be good to hear Skyharbor continue to step out of their comfort zone a bit as at times this album can feel a bit too safe and comfortable. But overall, it is a very welcome return.

Sunshine Dust is out now on Entertainment One Music.