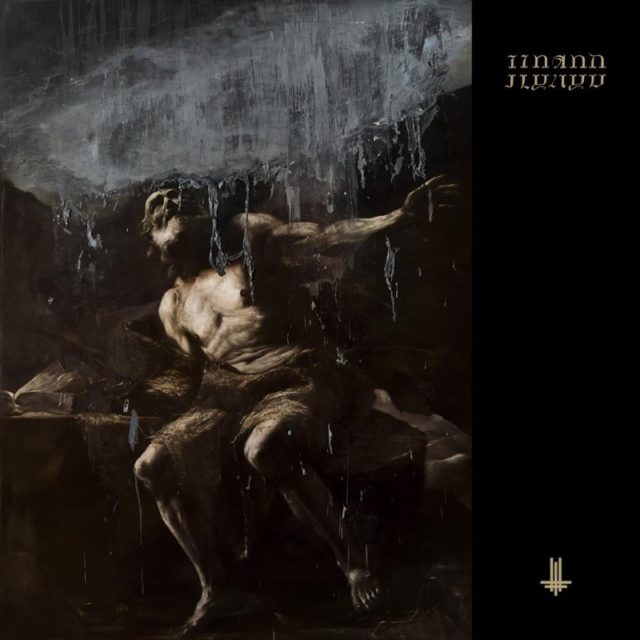 Following up the modern classic that was ‘The Satanist’ was never going to be easy.

Behemoth’s magnum opus changed the game in the world of extreme metal, raising the bar and challenging peers, contemporaries and all future artists to up their respective games and attempt to knock the Polish quartet off of their blackened pedestal. The underground has responded phenomenally in recent years, making I Loved You at Your Darkest, Behemoth’s eleventh studio release, perhaps their most important record to date.

Before even pressing play, the album’s title – a direct quote from the bible – gives you an idea of the kind of blasphemous hellride that you’re about to be taken on. Opening up with the sound of chanting children (always a terrifying prospect whatever you’re listening to), ‘Solve’ provides a suitably eerie introduction to what is arguably the most highly anticipated extreme metal release of the year.

‘Wolves of Siberia’ drags you fully back into the swirling chasm that’s become a Behemoth trademark; cataclysmic instrumentation acting as a platform upon which Nergal can spit forth his throat-ripping growls. Even from this early stage it’s clear that Behemoth have chosen to once again embrace and build on the grandiosity that came to the fore on ‘The Satanist’, with classical elements and influences permeating the destruction throughout. The sinister children from the opening track make another appearance on the ridiculously titled ‘God = Dog’, and their voices add to the sense of grandeur while upping the creep factor at the same time.

The riffing on this record is near flawless, with focused bursts of technicality and flair being preferred to the full-on aural assault of previous records. While Behemoth have always been pacey, they’ve never been the kind of band that could be described as stomping, however on ‘Ecclesia Diabolica Catholica’ there’s a real gallop that ditches furious aggression in favour of a more traditional thrash-esque sound.

The opening drums on ‘Bartzabel’ reverberate through your entire body as if you’re on the front lines of a battlefield, but instead of grabbing you by the scruff of the neck and treating you like a ragdoll, you’re taken on a more serene journey with restrained guitar passages and less of a focus on simply battering you with a wall of hellish noise.

This record is a much more experimental than its predecessor in terms of pacing; changes of tempo coming thick and fast with plenty of short, punchy tracks that hark back to the Apostasy/Evangelion era. Despite spreading their wings to touch the fringes of more genres than ever, this is still a blackened death metal record at heart, and it dedicates a good deal of its runtime to simply battering you with wave after wave of destructive, metallic brilliance.

One aspect in which this record does disappoint slightly is in its ability to push the creative boundaries, as there are less stand-out, jaw-dropping moments than on ‘The Satanist’. To simply say it’s not an ambitious record would be doing it a huge disservice, but when you’ve shifted the goalposts into the stratosphere it’s clearly going to be difficult to live up to your own standards, not just in terms of quality but in terms of evolving that signature sound even further.

Tracks like ‘Sabbath Mater’ do however showcase the more inventive side of the band, and it’s in these moments where you’re truly reminded of how talented this collective is. ‘Havohej Panto’ is perhaps the highlight of the record, with a hook of ‘Our father who art in hell’ acting as the building block of a thunderous yet strangely ethereal slab of earth shattering extremity.

This record is best enjoyed then as its own entity, as while it’s not quite at the same level of its older sibling, it is undeniably still one of the best records of 2018. Behemoth are currently on one of the hottest streaks of the past two decades, and they’ve shown no signs of slowing down in the slightest on ‘I Loved You at Your Darkest’.

It may not be the flawless masterpiece that some may have expected, but it’s still a stunning work of art that will one day take its rightful place in the pantheon of the 21st century’s most exceptional metal albums.

I Loved You at Your Darkest is released on the 5th of October through Nuclear Blast Records.