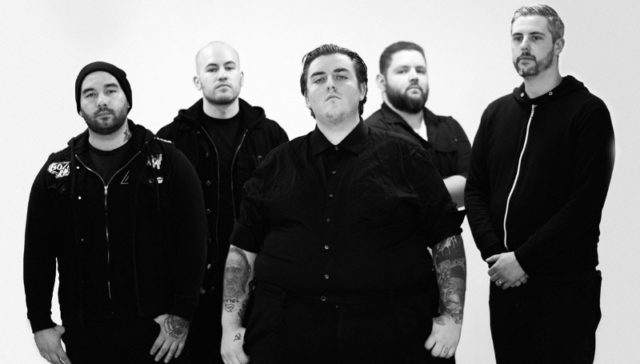 US rockers Darker Days are a fairly newly formed group as they will tell you themselves below. With a new EP out in a few weeks time, it was the perfect opportunity to get to know them a little bit. Darker Days, over to you:

We are Darker Days from Salem MA!
Mason, Nick, Jon, Mike and Kevin
(Nick is answering the questions!)

Darker Days started coming together almost immediately following Energy’s Summer UK headline tour with Miss Vincent. We have all been friends and making music together for years at this point, this just happens to be what we are doing now.

I would say we all have a pretty good sense of humour, though we take our art serious, there is plenty of jokes and fun being had along the way.

I am the primary song writer in the band musically, Mason writes most of the lyrics, and we all bounce ideas around when fine tuning any song.

You have just announced yourselves with your first single, Worry Lines, which we understand is about one of you losing someone close to you from suicide (we are also very sorry for your loss!). Given the incredibly personal nature of the subject material, was it a hard song to get right or was it something that flowed quite naturally?

Suicide is always a sensitive subject, and often tough to sit down and talk about. For me personally, I would much rather share my feelings through song writing than in a conversation, so I would say it came naturally and was quite therapeutic overall.

Worry Lines is a standalone track ahead of a new EP later this year, is there anything else you can tell us about the EP yet or is it still all top secret?

The EP touches on love, loss, regret, and self-growth. We are very excited to share it with everyone! We worked really hard on it and we are very proud of it.

I think “Worry Lines” is a great introduction to the band, but I am slightly torn on other songs we have too that will be available soon!

Thanks very much for taking the time to talk to us!

Since this interview, Darker Days have released a video for a brand new track called Sydney, which can be seen below: