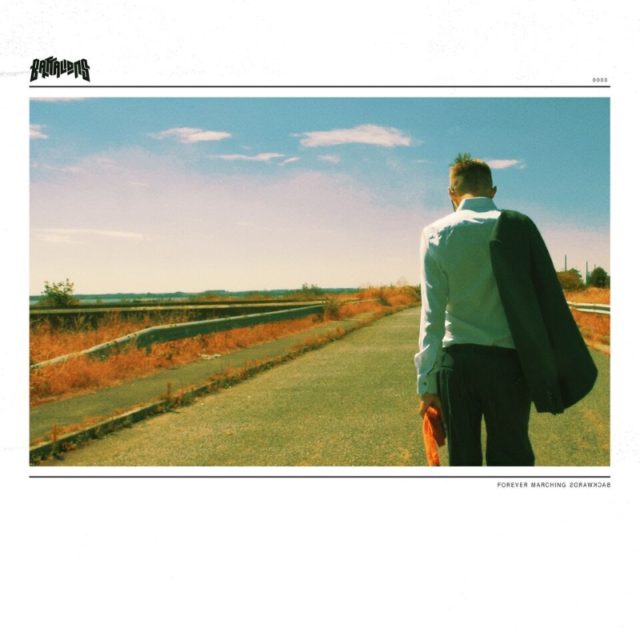 On February 13th 1970, the world experienced true evil in music. By creating lumbering, doomy music based around the tri-tone – infamously known as the Devil’s chord – Black Sabbath’s self titled debut carved a new niche in music. Heavy metal was born. This template has remained prescient in the world of heavy music and countless bands have drawn inspiration from the incredible weight four blokes from Birmingham managed to execute. These blueprints helped to form Battalions, and their latest album, Forever Marching Backwards.

Th lo-fi, bass heavy mix of the album creates a sense of looming threat and a not so subtle nod to the forefathers of the genre. Opening with its title track, the album throws down the gauntlet hard. A grooving, monolithic riff from Peter Cross and Matt Dennett – guitarist and bassist respectively – has a slimy and soulful quality to it. The 4/4 stomp created by Matt Walker’s percussion leads to headbanging aplenty, and gives this song a wildly live character. The verve and vigour with which it is played is electrifying. This penchant for infectious grooves continues throughout the album, with highlights of riffage being Vaseline (G)Love and Infinite Void.

What separates this album from pure Sabbath and Corrosion of Conformity worship however is Phil Wilkinson’s vocal performance. His barked desperation draws to mind Jacob Bannon of Converge more so than the smokiness one would find in Phil Anselmo or Pepper Kennan. It’s a frantic and downright excellent display, but certainly an acquired taste that won’t satisfy all fans of heavy groove music.

The album’s production is weighty and carries the riffs well, blending everything into a satisfying low end thrash. It could have done with a slight boost in treble as some of the subtle instrumentation is lost at points, but it certainly serves the songs well enough for the finished product. The performances given on the album are all undeniably adept, and a slight polish on the mix would have just boosted it to the next level.

The album is a touch one paced, but fans of Down or Corrosion of Conformity will be over the moon with this latest release. The band play with a youthful vim and riffing nous, all working in tandem to creating crushing, soulful music that isn’t dissimilar to The Spark that Moves by Cancer Bats. It’s by no means a perfect album, and the band aren’t reinventing the wheel, but for fans of all things dirty and downright heavy, it’s one of the finer releases of 2018.

Forever Marching Backwards is out now on APF Records. 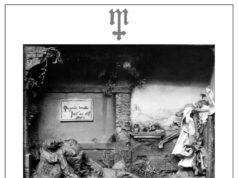