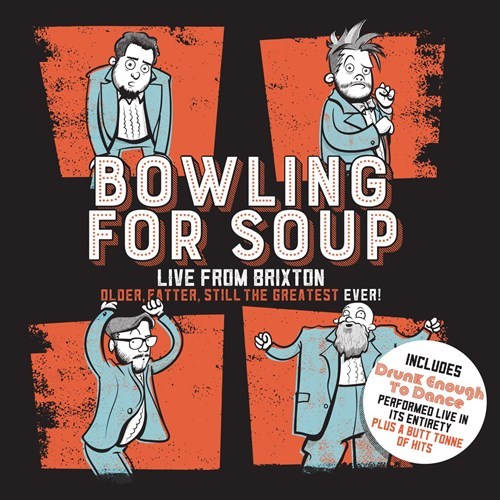 I’ve said it many times before but it always bears repeating. Bowling For Soup are one of the most underrated pop punk bands around. Considering how long they have been a band and what they have accomplished I think they don’t get nearly enough credit.

With that said, their newest live album ‘Older, Fatter, Still The Greatest Ever‘ sets out to show just how good they are. Recorded last year at a sold out Brixton Academy as well as being filmed for a live dvd, the album manages to catch the band in fine form as they rattle off a myriad of classic hits including Emily, Punk Rock 101, Girl All the Bad Guys Want and 1985 and my personal favourite Ohio (Come back to Texas).

Bowling For Soup have always been an amazing live band and even though I’m usually turned off by live albums because they rarely capture the performance well it enough to do it justice, this is a rare example of the exact opposite. You can feel the energy when you listen to this from the crowd reactions to the onstage banter and the songs themselves you can hear how much fun everyone is having.

You also treated to the entirety of the album Drunk Enough to Dance in the performance as well and even though I have already mentioned the big singles getting their airing, it’s nice to see the band roll out thw whole album, especially as its the one that really opened the doors for them over here. It acts as nice little bonus for the fans

There is a charm to how loose and raw it still feels in places, often there is a temptation with live albums to overdub everything and smooth things out and that is simply not the case here. It sounds like a live album for better or worse and that’s how it should be.

Say what you want about Bowling For Soup, but for my money they always deliver and this is just another example of them showcasing why not only they have been around for 25 years playing a set full of tailor made bangers in front a crowd full of die hard fans. If you have fallen off of Bowling For Soup for any reason, then now is the perfect time to get back on the wagon. 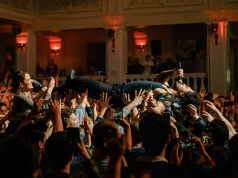