Lamb of God’s Mark Morton has unveiled the second single from his upcoming solo album Anesthetic. It’s called Cross Off, and it’s going to be a hugely emotional one for a lot of people. The track features Linkin Park’s Chester Bennington on vocals for the whole track, along with Trivium’s Alex Bent on drums and Paolo Gregoletto on bass, and is one of the last songs Chester worked on prior to his death in July 2017. You can check out the lyric video for Cross Off below:

We’ll let everyone draw their own conclusions, but this brings back some wonderful memories for us of Chester at his very best. The release of Cross Off follows on from the first single from Anesthetic, The Truth Is Dead which features his Lamb of God bandmate Randy Blythe as well as Arch Enemy’s Alissa White-Gluz. The lyric video for that song can be found below:

The tracklisting for the album including a list of special guests on the album, and the artwork can be found below: Anesthetic will be released on the 1st of March 2019 through Spinefarm Records. 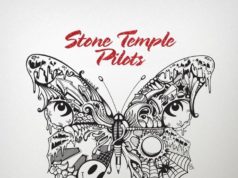