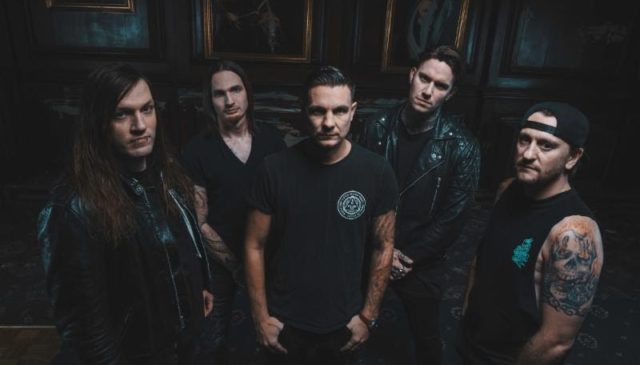 Having officially left Bullet For My Valentine back in December 2017, things have been quiet from Michael “Moose” Thomas since then. Not any longer.

BFMV’s former drummer is back in a big way with his brand new band Kill The Lights and their awesome debut single “The Faceless”. You can check out the video for The Faceless (which if we do say so, sounds like a Bullet song that we might have actually wanted to hear instead of how Gravity turned out) below:

Kill The Lights, in addition to Moose being back behind the drum kit, features James Clark of Throw The Fight on vocals, guitarists Jordan Whelan from Still Remains and Travis Montgomery of Threat Signal, and bassist Davey Richmond from Glamour Of The Kill. Here’s James Clark on their first single:

“We all want to do something fresh, and for me it was about exploring some of the throwback metal more like Maiden or Priest that I felt had gotten lost over the years, but in a new way. ’The Faceless’ is a song for those that have spent their lives in the shadows, never felt good enough, or just struggled to fit in or feel a part of something. The song is a message to the broken… it’s time to be seen, it’s time to be heard. From darkness to light we are all the same – we are the faceless.”

More is expected from Kill The Lights in the next couple of months, and based on this, we can’t wait to hear more!