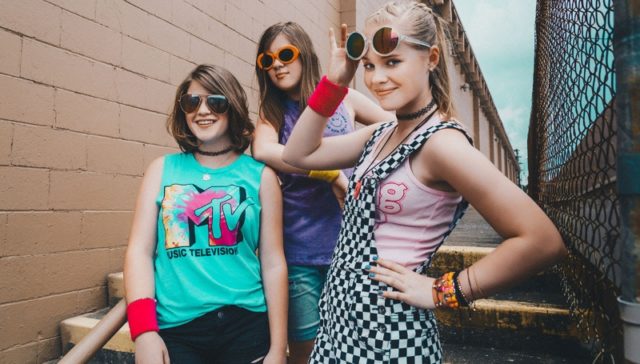 When we launched our annual video of the year contest, we thought it might prove popular as it often does. Two years ago, over 12,000 of you voted to help crown Babymetal our eventual winners of the 2016 video of the year. Last year, it was Youth Killed It who took home the (virtual) winners medal. But the 2018 contest has truly been something else.

After a very competitive initial few days across our thirteen finalists, it quickly became apparent that this had turned into a two way contest between Texan stars of tomorrow Not Ur Girlfrenz and Leeds UK alt-rock / emo favourites As Sirens Fall, with both racking up thousands of votes. With a whopping 25,792 votes cast, more than double our previous record, we are delighted to confirm Not Ur Girlfrenz as our winners of the 2018 Video Of The Year! You can watch the girls winning video for No One Asked You Anyway, which features some of the most creative uses of a splash of paint we’ve ever seen, below:

Not Ur Girlfrenz released their debut EP, New Kids In America, at the end of 2018 and are currently planning their next moves for 2019. Having made their UK debut as openers for Bowling For Soup and Patent Pending on the Almost Christmas Tour, we are very excited for the girls to make another trip to the UK, hopefully sometime this year. Keep your eyes on these young ladies, we think we will all be hearing lots more from them in the next twelve months.

*Editors note* – Some eagle eyed members of the Frenzone (what Not Ur Girlfrenz’ fans are collectively known as for the uninitiated) noticed we made a bit of a mistake with the original version of this post. It was of course No One Asked You Anyway, not Warped, in the video of the year contest. We’re always the first to admit when we’ve messed up, so apologies to all for the confusion.