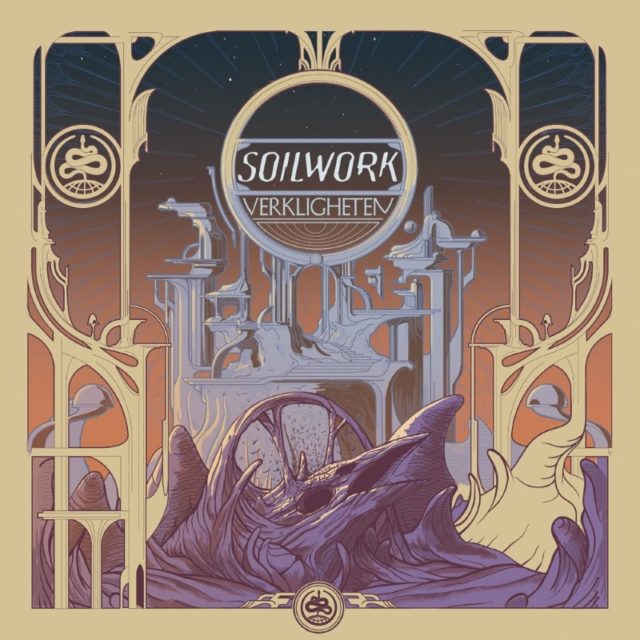 Overall Score: 9/10 Consistency: 9/10 Musicianship: 8/10 Memorable Songs: 9/10 Pros: Epic feel throughout with brilliant vocals and instrumentals Cons: Would have been nice to see some more exploration

Old school melodic death metallers Soilwork recently came out with their 11th studio album, a long three and a half years after their last release ‘Death Resonance’, leaving the biggest gap between two albums in their history. Though having gone through various line-up changes through their years, Soilwork have really built up a distinct and unique sound. “Verkligheten” (“Reality” in Swedish) still remains undeniably them, yet arguably It’s also their most accessible album to date and perfect for those new to the band.

Admittedly, the opening track (and title track) which is simply an instrumental build up to the album seems slightly out of place and unnecessary. However, ‘Arrival’ and ‘Bleeder Despoiler’ jump straight in the with some brutal blastbeats and righteous choruses. One of the stand-out tracks is ‘Full Moon Shoals’, where the groovy guitar riff is captivating and smooth combination of harsh and clean vocals works together beautifully towards one of the catchiest choruses on the album.

‘The Nurturing Glance’ has what can only be described as a truly epic feel throughout and ‘When the Universe Spoke’ also stands out, with a steady and slow guitar introduction and then the drums bulldozing in a few seconds later, it’s just pure emotive melodic metal goodness.

There’s more of a focus on clean vocals throughout, especially more towards the second half of the album, such as ‘Stalfagel’, which was chosen as the first album single. However, though a minor bone to pick, it seems like Alissa-White Gluz’s (Arch Enemy) vocals are slightly drowned out in this particular track, which is a little bit irksome. The album ends on the most upbeat track on the album ,‘You Aquiver’ featuring vocals from Dave Sheldon.

It took a few listens to properly get stuck into Verkligheten and appreciate this album, so even if it doesn’t pull you in straight away, make sure to give it a good chance. Rather than taking a step back, which is what a lot of the older metal bands seem to be doing these days, Soilwork are still continuing to move forward after all these years with very enjoyable album.

Verkligheten is out now on Nuclear Blast Records.

Fit For An Autopsy – The Sea Of Tragic Beasts