As there so often are, there’s been some great tour announcements in the rock and metal world over the last few days, so here’s a recap of some of the news:

The Black Dahlia Murder and Ingested

Extreme metal favourites of ours here at Rock Sins, The Black Dahlia Murder are teaming up with self professed “Slam Kings” Ingested for a short UK and Irish run in early April 2019. Dates follow below:

Tickets for the three English shows can be obtained here from Seetickets.

“We’re so excited to head out on tour with our debut album ‘Leave Before the Light’ ” say AT THE SUN, “It’s the culmination of 2 years of hard work and a dream come true for the band! We really feel proud of what we’ve created together and this is going to be a celebration with all of our fans across the UK and a welcome party for those who haven’t seen or heard us yet! Live rock music is our lifeblood and we’re going to bring one hell of a show in April and blow your socks off!”

You can grab tickets for some of the dates here. For the others, please see At The Sun’s social media.

The Yacht Club will be celebrating the release of their excellent new album, The Last Words That You Said To Me Have Kept Me Here And Safe, which is released next Friday (25th January) with a show at London’s Sebright Arms the next night (26th). Ticket information for the show can be located at their Facebook page.

Everyone Dies In Utah, Scream Blue Murder and High Rise

Coming up in the next week or so, US metallers Everyone Dies In Utah are hitting the road across England and Wales for nine shows. They are bringing with them two excellent UK bands in the shape of Coventry metalcore outfit Scream Blue Murder and Kingston melodic hardcore mob High Rise UK. Where to catch them in action can be found below:

For ticket information for the tour, please see Everyone Dies In Utah or Scream Blue Murder’s socials. 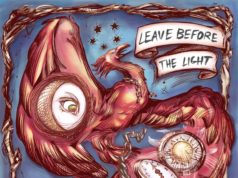 AT THE SUN – Leave Before The Light 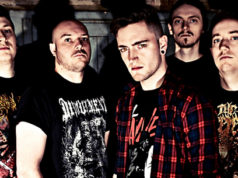 An Interview with Ingested’s Jay and Lyn: “Metal is the strongest it has ever been” 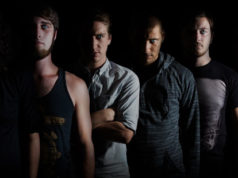