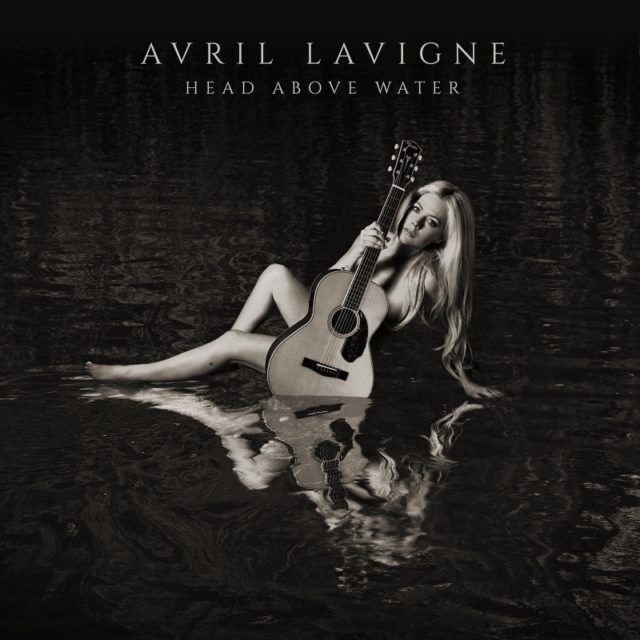 Overall Score: 6/10 Vocals: 9/10 Consistency: 5/10 Stand Out Tracks: 5/10 Pros: Avril's voice sounds the best it ever has | The title track and Warrior Cons: Wildly inconsistent | A bit one dimensional in places

It’s not been an easy few years for Napanee’s formerly self styled muthaf*ckin princess, Avril Lavigne. Her split from her husband, Nickelback frontman Chad Kroeger, and more so her publicly acknowledged struggle with Lyme disease, has kept her away from the world of music for far longer than she would have wished. Whilst giving her some substantial challenges to overcome, both of these events in her life have provided ample material for her eagerly awaited musical comeback, Head Above Water.

The album starts in blistering fashion with the title track; Head Above Water is one of the strongest songs Avril has ever released. It’s a power ballad of epic proportions, inspired by her illness, with very relatable lyrics and her voice sounding perhaps the most powerful it ever has.

Unfortunately, in this case she has unleashed the best material straight away as there’s nothing that comes close to as good as Head Above Water. There’s a trio of songs that one can equate to Avril’s aforementioned marriage to Chad Kroeger; Birdie, I Fell In Love With The Devil and Tell Me It’s Over. All three are solid enough, with Birdie the most impressive musically with some nice vocal touches of differing styles. The strings on I Fell In Love With The Devil work well, and Tell Me It’s Over gives off a very classy, almost golden age of Hollywood feel to it. None are a patch on the title track, but so long as you don’t mind Avril in ballad mode, they are enjoyable enough.

It’s at this point things the musical train starts to come off the rails. Having made a point of drawing attention to the fact that many of her later up-tempo hits like Here’s To Never Growing Up and Rock N’Roll were at the insistence of her former record label rather than being true to herself, the presence of the Nicki Minaj powered Dumb Blonde feels both a contradiction and a serious misstep. It’s so not in keeping with the rest of the album, and lacks the good qualities of some of her previous material like Girlfriend that were both infectious and irritating in equal measure.

Nothing that follows could be described as a misstep, but is mostly lacking in the memorable hooks that any of her fans know Avril Lavigne is fully capable of, even with her slower material. Both It Was In Me and Goddess feel on the cusp of being really good songs, but neither quite get there. Only on the closing Warrior (which from a story point of view makes sense in being the album closer but from keeping the listener engaged could have done with being far earlier) does Avril again get somewhere close to her best. It’s a song of empowerment and about not giving up which given what she’s dealt with, feels like a fitting conclusion. It’s just a shame more of the songs don’t have the power and emotional engagement that this and the title track do.

Longtime fans of Avril Lavigne such as myself are very glad to see her well enough to even be making albums again, as this was never a guarantee. Nor, given everything, should anyone have expected her to make a happy album with lots of bouncy, uptempo songs, or still doing the kinds of pop-rock that she burst onto the scene with all those years ago if she has no wish to do so. It’s just a shame that such an eagerly awaited return has produced such an inconsistent result.