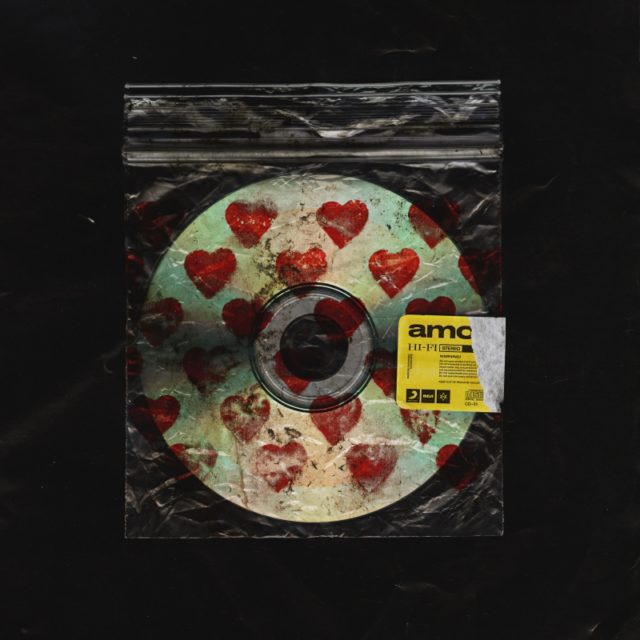 Overall Score: 6.5/10 Bravery: 8/10 Stand Out Tracks: 7/10 Consistency: 5/10 Pros: Has some real highs with some experimental and fun tracks Cons: Seems a bit too disjointed at times

It’s no secret that Bring Me the Horizon are no longer a metal band. Their deathcore and metalcore ‘Suicide Season’ and ‘Count Your Blessings’ days are truly over. Having been a massive fan circa Sempiternal (I still abide by the fact this was their best release), I was initially very judgemental of their drastic development. However, Bring Me’s change in sound should hardly come as a surprise, with there being a clear development over the last three albums in particular. There’s a load of experimentation on amo, and it’s definitely their most accessible release to date.

The album opens with the ambient, electronic ‘i apologise if you feel something’ and jumps straight into MANTRA, which has a rock/pop feeling and very catchy chorus. MANTRA is a definite highlight of the album alongside ‘Wonderful Life’, featuring Cradle of Filth vocalist Dani Filth. It’s pretty much the heaviest track you’ll find on the album (not a surprise when you consider Dani’s presence).

The release has an overall dark and electronic feel to it with tracks such as ‘Why you gotta kick me when I’m down’ holding a hip-hop vibe and ‘nihilist blues’ featuring pop artist ‘Grimes’, though the former drags on slightly too long. I could almost imagine these being played in a club, which is certainly something I never thought I would be saying about Bring Me the Horizon. ‘Heavy metal’ even features rapper ‘Rahzel’. It’s a clear dig at those rejecting the band for following their new path, with lyrics such as ‘cause some kid on the ‘gram said he used to be a fan but this s*** ain’t heavy metal’. The track ends with a metal-esque breakdown. Touche. ‘sugar honey ice & tea’, though lyrically probably the weakest on the album, makes up for this with a hooked filled catchy chorus. ‘ouch’, the alt-rock ‘in the dark’ and ‘mother tongue’ miss out on the captivating hooks present elsewhere and feel more like filler tracks, which could lead some listeners heading to the skip button.

This album is more of pop/electronic/alt-rock mixture, with little heaviness overall, but it’s certainly a journey listening to it. The production is phenomenal throughout and they’ve built a unique sound. The one biggest critique would be the mismatch of genres which we see throughout, making a somewhat patchy release. The experimentation is commendable and a lot of the tracks work brilliantly individually, however as a collective they can seem a bit disjointed at times. I won’t deny and say I don’t miss the old Bring Me The Horizon, but I’m on board with what the band have done with amo. Don’t dismiss it before you give it a chance!

amo is out now on RCA Records.