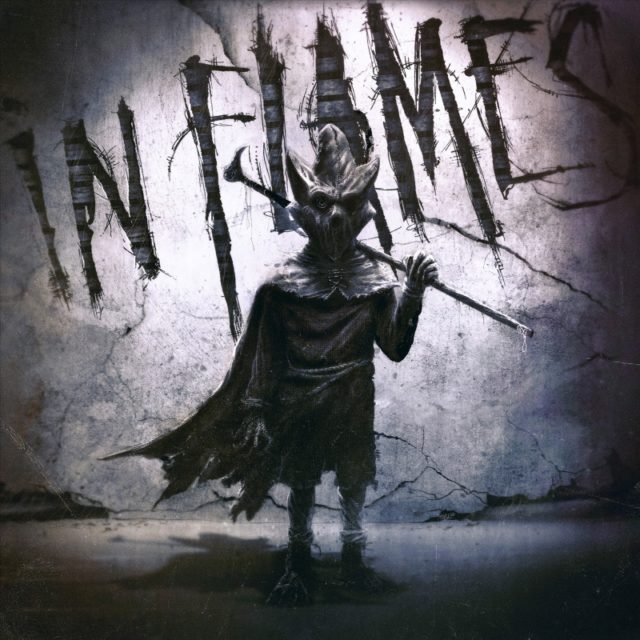 What are In Flames in 2019? The co-founders of the Gothenburg Sound almost a quarter of a century ago have tried a variety of things on some of their recent albums, both to try to stay relevant to modern audiences, and to keep things interesting for themselves.

Rock Sins has had a couple of conversations with In Flames frontman Anders Friden in the last three or four years where he is fully aware of the clamour from some of their fans to a return to the Colony / Clayman era of the band. However, quite understandably from the artists point of view, they don’t want to do the same thing over and over. It’s been almost eight years since In Flames’ generally last well received album, Sounds Of A Playground Fading, with both Siren Charms and Battles not going down well with the long term In Flames fanbase, though they have acquired new fans in the process.

With that said, where does their new album, I, The Mask sit in amongst all of this? It is unlikely to fully please those harking for the aforementioned days of Colony or Clayman, but it is arguably their best album since 2006’s Come Clarity. There are a number of tracks that definitely represent the best of the modern In Flames sound, with far more successes than missteps.

One major improvement across I, The Mask, compared to the last couple of In Flames albums is the production. Polished and clean sounding as one would hope for from an In Flames album, but there is far more of an organic feel to the album. There are less vocal distortion / affects applied to Anders’ voice, and everything sounds so much better for it as in it’s pure form, Anders Friden’s voice is still one of the best in metal.

Album opener Voices is a great start. It’s easily as good as any song In Flames have put out in the last decade (apart from maybe Deliver Us). It’s got the trademark In Flames guitar tone, plenty of harsh vocals from Anders, who has a ferocity about him that hasn’t always been there for recent In Flames output, and there’s a huge chorus that will play very well live. I, The Mask’s title track continues the positivity with a trademark wonderful In Flames guitar solo, blistering verses and Tanner Wayne thundering away on the double bass drum to great effect. Another stand out moment is the first single from the album, I Am Above. As an introduction to I, The Mask’s style, it was positioned perfectly, offering elements that will please In Flames fans old and new. Particularly pleasing again is Anders’ harsh vocal showing, with a couple of full on guttural screams which are always a highlight.

The album isn’t without it’s down points; (This Is Our) House continues a recent metal tradition of ill-involving groups of children singing or children’s choirs in metal songs. It didn’t work for Machine Head, Behemoth barely pulled it off, and it doesn’t work here. That aside, it’s far more lyrically cheesey than the bulk of the rest of the album, so it’s not in keeping with most of what has come before it.

The second half of the album does have a noticeable dip – songs like In This Life and All The Pain are examples of In Flames doing wet radio metal – they’re too good for this kind of material. What fares far better is We Will Remember, which could easily be a rock / metal radio smash. If In Flames want to do more songs that are accessible, this is a fine example – the chorus is MASSIVE. Burn too provides another enjoyable point, it’s simple yet effective and is one that would get the fists pumping live.

In recent times for some fans and some journalists it’s become almost too easy to criticise In Flames for living off past glories. While I, The Mask, isn’t likely to fully win over those longing for the Pre-2000′ In Flames to return, there’s a lot to be positive about with this album. Based on this, there may yet be plenty of fire left among the flames.