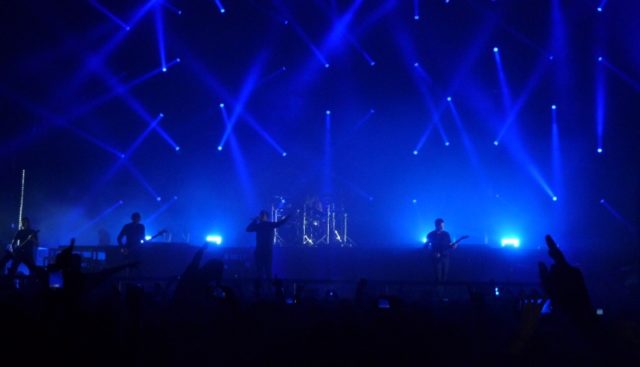 After years of working their way up simply by being one of the best live bands in metal, Parkway Drive now find themselves headlining arenas in the UK. It has been a long time coming and their current UK tour culminated in a sold out show at Alexandra Palace. With a stellar supporting line up this had gig of the year potential all over even at this early stage in 2019.

First up were fellow Aussies Thy Art Is Murder (7), who might just be the heaviest band to set foot on this stage. Mixing savage breakdowns and some technicality they really get the crowd warmed up. Purest Strain Of Hate still feels like a death metal party album and the sheer brutality of it really shines through tonight. For an opening band they also sound incredible with none of the technicality being lost at all. And of course CJ McMahon is his usual obnoxious self in the best way. He really knows how to get a crowd going. It’s a really strong start to the night that would only get better from here.

On any other night Killswitch Engage (8) would be all anyone is talking about. The metalcore legends are on incredible form as they delivery a blistering 50 minutes filled with all the greatest hits you could want. Dropping The End Of Heartache second is a ridiculous move but is a testament to just how many brilliant songs Killswitch have when this doesn’t feel like they peaked too early. Rose Of Sharyn, My Last Serenade, In Due Time… the list goes on. It’s silly just how many hits they throw out so casually. 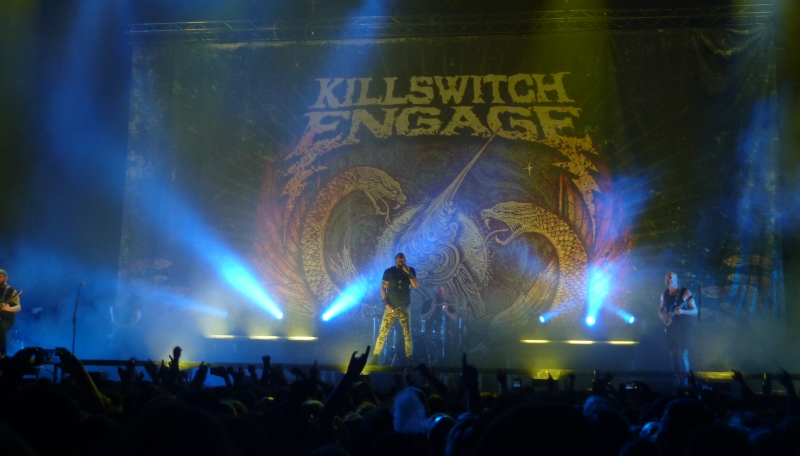 With how brilliant the setlist is it still wouldn’t mean as much if the bands performance wasn’t up to it. But Killswitch attack this set with everything they have and Jessie Leach really is one of the all time great front men. With the promise of new material soon it feels like 2019 is going to be a big year for Killswitch and this was an amazing way to kick it off.

Finally it was time for Parkway Drive (9) to play the biggest headline show of their career. From the very first moment as they made their way to the stage through the crowd as a torch lit procession, there was a level of spectacle that had to be seen to be believed. With flames shooting out of the sound desk as this was happening it was almost overwhelming from the very start. Once the band actually started with Wishing Wells it became so clear this wasn’t just about the stage show, with an immediate reminder that Parkway Drive are just one of the best live bands there is.

Prey had the entire room bouncing and singing along and showed that any naysayers regarding the bands new direction are certainly in the minority. They still throw out plenty of classics anyway with Carrion resulting in a massive sing along whilst Karma results in absolute chaos from the mosh pit. What the new stuff really helps with is allowing Parkway to really mix things up. The combination of Cemetery Bloom and The Void sums this up best. Going from their most brooding sound to full blown heavy metal excess, complete with a guitar solo in front of a pyro waterfall. It’s so over the top but just feels so right. 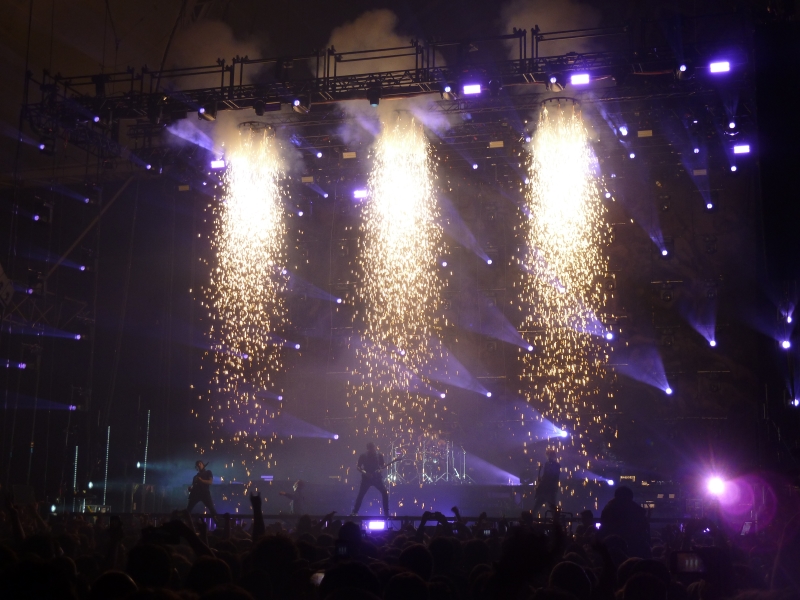 The real high point of the set comes when they band bring out a string quartet. Instead of just relying on samples and backing tracks for the strings on Writings On The Wall and Shadow Boxing, having these parts played live really does enhance those songs. Shadow Boxing in particular benefits as those strings just add so much drama to the song. They keep throwing surprises even down to the last moments of the set. Chronos wraps up the main part of the set and ends with Winston performing The Colour Of Leaving from the sound desk. This ends up being an incredibly intimate and powerful moment within this huge show.

And they weren’t done there. In what was easily the coolest visual of the entire set. Winston returned to stage and threw a molotov cocktail to ignite the entire stage in flames for Crushed. It felt like instead of spreading the pyro throughout the set they saved almost all of it for the encore and the end result was insane. Bottom Feeder finished the evening off with front to back mosh pits and again the band setting off every bit of pyro they have on stage. This show will no doubt be looked at as one of the defining moments in Parkway Drives career. When they proved they are a full blown arena band now. And the announcement that they will be headlining Bloodstock Festival this summer gives fans something to look forward to. When it comes to metal gigs, the bar for 2019 has now been set at a near unreachable height thanks to Parkway Drive.