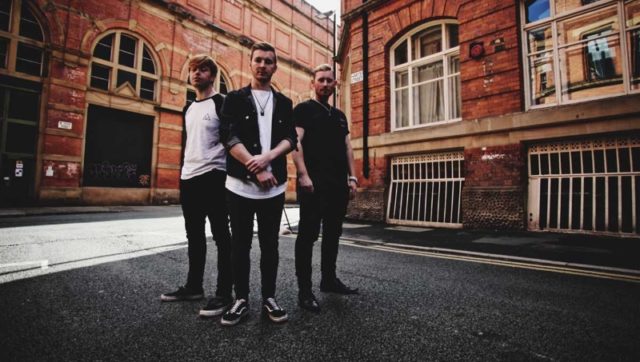 Another closely fought video of the week battle has come to a close with the outcome being some homegrown winners. Lincolnshire rockers Project Redshift fought a titanic battle with Fallen Legion, with Death Blooms also threatening to crash the party at times but in the end it was Project Redshift who came out on top. A big thank you to all those who cast their votes this week for all five bands involved. The winning video can be seen below:

Crossfire is the first new music from Project Redshift in 2019. To explain more about the track, here’s Redshift guitarist and frontman Josh Tunnicliffe:

Crossfire is a song I wrote about a subject that I feel very strongly about – war. It’s about how soldiers go out onto a battlefield and fight other soldiers, and these people are more than likely not just fighting for a cause that they believe in, and they may end up dying because of an argument between the people high up in government, sat in their houses and making decisions on what the soldiers do next.

We all believe this is our best song yet. I put a lot of time into writing it and making it exactly how I wanted it and we’ve put a huge amount of time and effort into producing the single and video to make sure they represent the meaning well.

The band also have several live shows coming up in the next couple of months, which are listed below:

For ticket information for all the shows, please visit the Project Redshift Facebook page.

Stay tuned to Rock Sins for another video of the week contest featuring another varied selection of bands and videos very soon!