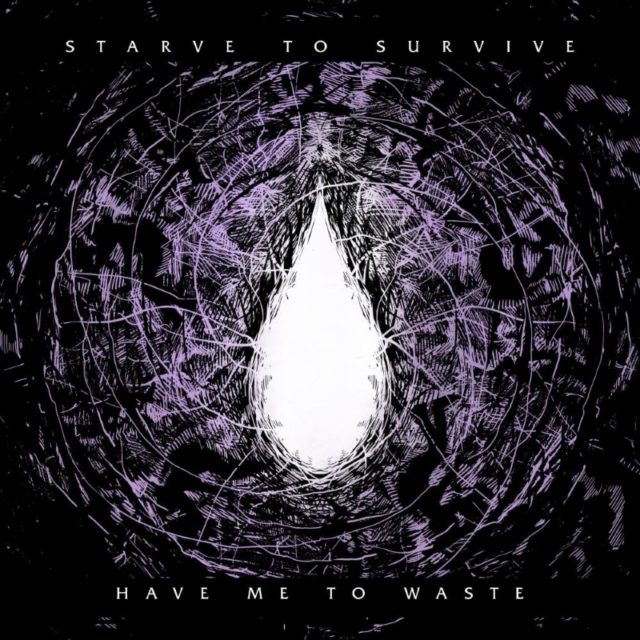 The North-East has quietly become a burgeoning hub of hardcore. The nascent scene is producing bands who are speedily earning their way onto coveted tours, with the likes of Loathe, God Complex and Astronoid all hailing from upper regions of Britain. Despite its infancy as a hardcore destination, the North is coming out with new releases thick and fast, the latest of which is Starve to Survive’s second EP; Have Me To Waste.

It’s clear from the offset that this EP is going to be unrelentingly aggressive. Opening song, Resolute, is just over the ninety second mark, so there won’t be time for extended noodling and forays into the ethereal. This wrath is best expressed in the title track and Dismal (feat. Harry Rule). The restraint of seething anger is truly unleashed in these songs and it’s when the EP is most alive, particularly the performance given by Harry of God Complex.

Musically, you’d find it impossible to argue that this isn’t a post-Forever album. There are electronic swabs, reverb soaked synths and glitching guitars throughout that seem to try and emulate that Code Orange style that has enraptured so many. Unfortunately here it feels tacked on and insincere, particularly the synthesised break in the title track. It feels as if the songs are crying out that they have more complexity and deeper meaning than they do.

The production is a point of contention for this album. When it needs to crunch it’s not quite filthily distorted enough, and for the more riff oriented sections, there’s a lack of low end punch. It feels as though somewhere in the production the decision as to what kind of band Starve to Survive wanted to be was an oversight. There is nothing intrinsically wrong with the core music of this album: The performances are proficient, the riffs are left open for djenty bends and palm muted to follow the mosh calls, as is tradition, and the percussion smashes and crashes it’s way through this brief onslaught. With the exception of the genuinely delightful twang of the guitar on Twinge, the instrumentation does little to inspire an passionate response.

This is by no means a bad EP from Starve To Survive. It is competently constructed and consistent throughout. The most impressive moment is the title track, a point of genuine musical intrigue, but it ends in a clunky immediate stop. It feels like a perfect metaphor for this EP; heading somewhere interesting, but puzzlingly falling short out of nowhere. It is an enjoyable enough listen but has little by way of inspiring material. It’s beatdown hardcore by numbers.

Have Me To Waste is released on the 15th of February.